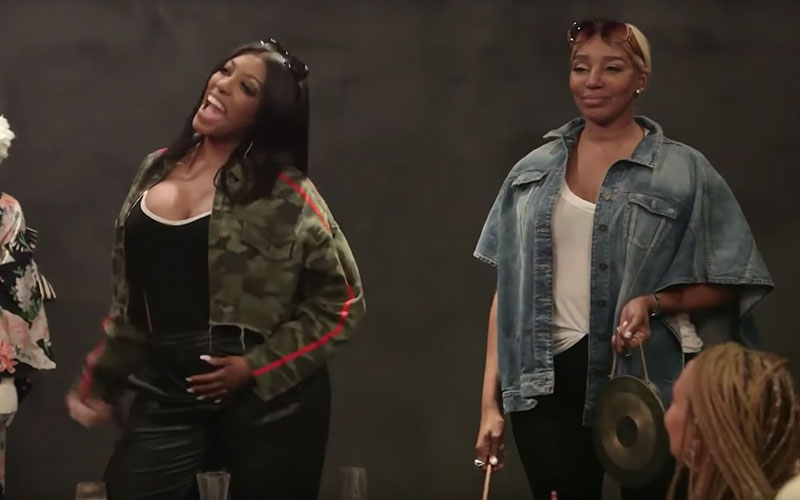 The “Real Housewives Of Atlanta” will soon return to your TV screens, and Bravo is giving fans their first look at what to expect from the show’s upcoming 11th season.

The trailer, which clocks in at just a little over two minutes, shows Porsha Williams announcing her pregnancy and showing off her new fiancé Dennis McKinley, new peach-holder Eva Marcille having some wedding issues, newcomer Shamari DeVoe—who is married to Ronnie DeVoe from New Edition—making her RHOA debut and holding her own peach as well, and more. (Fun fact: Shamari used to be a part of the 90’s/early 2000’s girl group Blaque!)

But Porsha Williams isn’t the only one showing off her new man. Cynthia Bailey is also in a new relationship. “At the rate we’re going, we’re going to be married soon,” she says. “Did I say soon?” Uhh, yes ma’am, you did!

Meanwhile, series vet NeNe Leakes is back for yet another season, with cameras capturing her husband Gregg’s battle with cancer. “The type of cancer that Gregg has… is it beatable?” she asks his doctor. And the ladies aren’t too keen on Porsha’s fiancé. “He’s a dog alright,” says Kandi Burruss. However, according to Porsha, he has her name tattooed on him, so “he ain’t going nowhere!”

Noticeably absent from the trailer are Kenya Moore and Sheree Whitfield.

Marlo Hampton is still peach-less, but of course, she’s back to stir up some drama between the ladies, and in the trailer, she has her eyes set on Eva Marcille. “You’re a fraud! You’re a fraud!” Marlo shouts while Eva tells her “Don’t come for me!”

Here are some more of our favorite quotes from the trailer:

“I’ma bite them bitches!” — Shamari says to someone on Facetime.

“You don’t know how to control yo self, that’s the problem!” Kandi yells at Porsha.