GOSSIPONTHIS.COM TV Issa Boy! Lyrica & A1 Reveal They’re Having a Son, and A1... 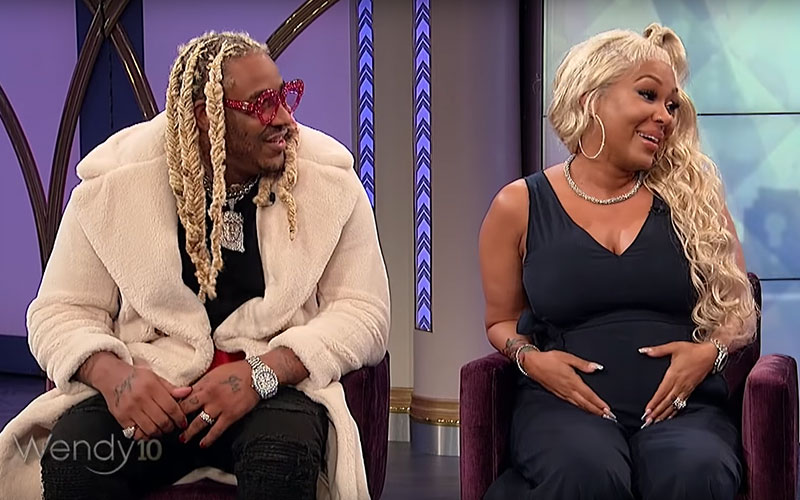 The wait is finally over. Love & Hip Hop Hollywood couple Lyrica Anderson and her husband A1 Bentley have revealed that they are having a boy, and not only that, they took a paternity test to confirm that A1 is the baby’s father.

A1 and Lyrica’s storyline on LHHH Season 5 has been EXTREMELY messy, with rumors floating around that Lyrica slept with Safaree and may have gotten pregnant by him.

Lyrica denied the rumors, although Safaree “admitted” to Ray J that he smashed. While we’ll never know what really happened between Lyrica and Safaree, A1 can finally rest easy knowing that his wife’s unborn baby is actually his.

The couple appeared on The Wendy Williams Show Tuesday (Oct. 2), and while there, A1 told Wendy that he had a pre-birth DNA test performed on Lyrica following the cheating accusations. The results of the test proved that he is, indeed, the father.

“I knew it,” A1 told Wendy. “But things happen, you know.” Lyrica—showing off her growing baby bump—chimed in, adding, “Listen, Wendy, I did this for him … I wanted him to feel comfortable. I felt like since I was the one getting badged with the rumors, he was owed that. Other than that, I always knew.”

The rumors of Lyrica and Safaree having an affair was sparked by messy azz K. Michelle, however, A1 and Lyrica are clearly past the drama and are looking forward to raising their son together. Congrats to the couple!