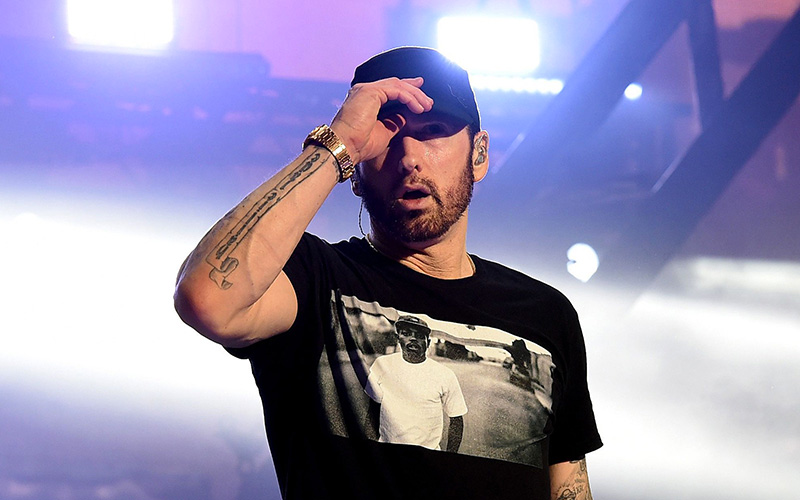 With absolutely zero warning, Eminem decided to shake things up on Friday (Aug. 31) at midnight by releasing a surprise album called Kamikaze, his second project in less than a year.

The album features cover art inspired by the Beastie Boys’ 1986 album Licensed to Ill and includes a song from the Venom soundtrack, which he teased on Twitter just hours before Kamikaze‘s release. The 13-song LP is a follow-up to Revival and is apparently a response those who were critical of his relevance following Revival’s release in December 2017.

“Everybody’s been telling me what they think about me for the last few months,” he raps on the title track. “Maybe it’s time I tell them what I think about them.”

On the album’s opening track “The Ringer,” Em says he feels like he wants to “punch the world in the f***ing face right now,” and he also takes jabs at Lil Yachty, Lil Pump, Lil Xan, Machine Gun Kelly, Tyler the Creator, Joe Budden and more.

#Kamikaze is taking shots at everybody:

Tried not 2 overthink this 1… enjoy. ?#KAMIKAZE Out Now – https://t.co/ANw73KbwMt pic.twitter.com/qfQoTYBTUy

Kamikaze is available on all major streaming platforms, including TIDAL, Apple Music, Spotify and Amazon Music.

Physical copies of Kamikaze—available as a CD, red cassette, or on red camo vinyl—can be purchased via Eminem’s official website and will ship in the coming weeks.

Check out the tracklist below and keep scrolling to take a listen: