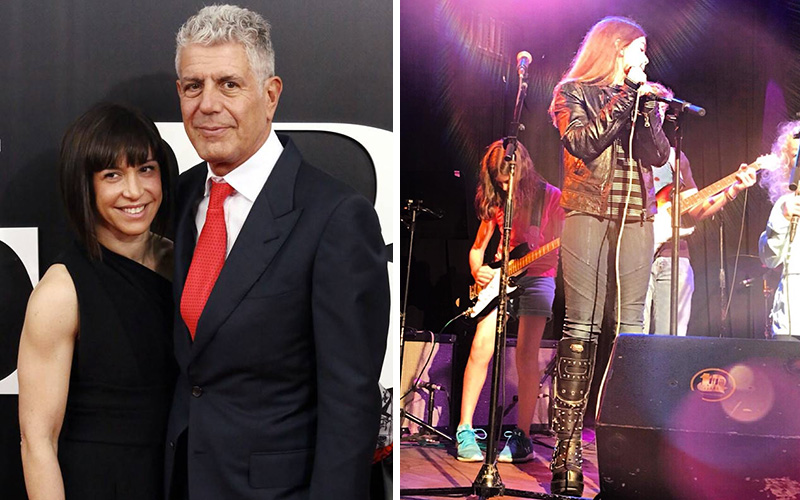 Anthony Bourdain’s ex-wife Ottavia Busia shared a photo of their daughter Ariane, calling the 11-year-old “so strong and brave” just days after the celebrity chef’s suicide.

“Our little girl had her concert today. She was amazing. So strong and brave,” the proud mom captioned the pic. “She wore the boots you bought her. I hope you are having a good trip, wherever you are.”

Ariane is Bourdain and Busia’s only child.

Bourdain and Busia—an Italian-born trained MMA fighter who studied the art of Brazilian jiu-jitsu—were married for nine years, between 2007 and 2016. They wed the week after Ariane’s birth.

Ottavia was Anthony’s second wife. His first marriage, with a woman named Nancy Putkoski, lasted for 20 years, between 1985 and 2005. He was dating Italian actress Asia Argento at the time of his death, though reports suggest they were estranged in his final days (either that or she was cheating on him with a French journalist).

The Parts Unknown host was in the middle of filming his award-winning CNN travel food show in France when he was found dead in his hotel room after hanging himself. The 61-year-old’s body was discovered by his close friend, fellow chef Eric Ripert, early Friday morning (Jun. 8).