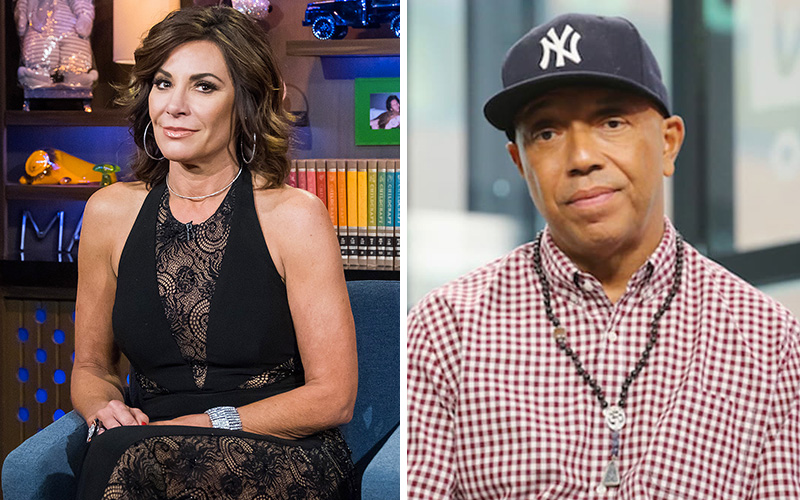 Another woman has accused Russell Simmons of sexually harassing her, raising his current tally to at least 13 different women.

“Real Housewives of New York” star Luann de Lesseps claimed in an interview that the music mogul grabbed her butt in an elevator.

“He grabbed my ass in an elevator, he was just a pig,” the 52-year-old told The Daily Beast. “I haven’t told anybody about that before. I was grossed out. I was like ‘How dare you?’ He invaded me, he took advantage of me, being who he is, thinking he is all ‘it,’ all everything. He thought he could just do that. I looked at him and said, ‘Don’t ever do that again.'”

De Lesseps said the incident happened at the Soho House Miami three years ago and she never reported it and Simmons never apologized. Her allegation comes amid multiple sexual misconduct accusations from several women, however, Simmons denies any wrongdoing and has maintained his innocence, saying that the allegations have left him “devastated.”

“They have shocked me to my core as I have never been abusive or violent in any way in my relations with women. I am blessed to have shared extraordinary relationships, whether through work or love, with many great women, and I have enormous respect for the women’s movement worldwide and their struggle for respect, dignity, equality and power,” Simmons said in a statement. “I am devastated by any reason I may have given to anyone to say or think of me in the ways that are currently being described.”

Simmons’ camp has yet to respond to the latest allegation.