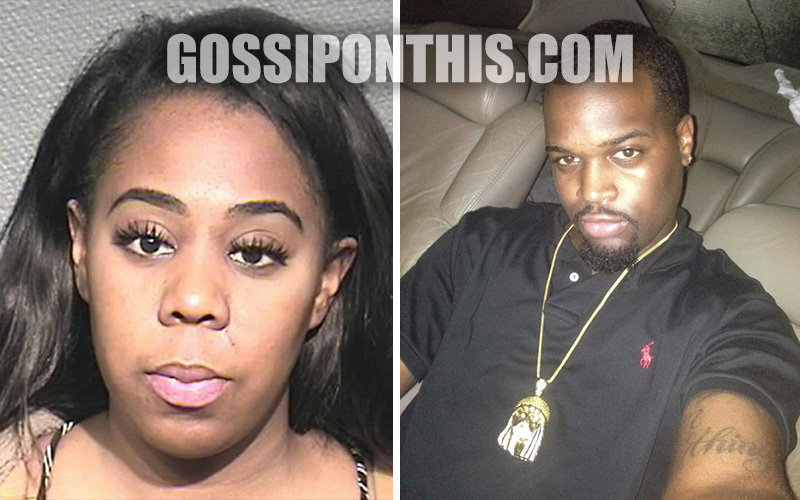 Another man who goes by Cadillac Coleman was also involved in the shooting and police are currently investigating the matter.

Here’s what you need to know about Cassandra Damper, Devyn Holmes, and the viral Facebook live shooting.

1Cassandra Damper shot Devyn Holmes in the head, and the incident was caught on video via Facebook Live.

Cassandra Damper, Devyn Holmes, and Cadillac Coleman were all sitting in a car outside of a Valero gas station off Southmore Boulevard in Houston, Texas when the shooting took place early Easter Sunday morning (Apr. 1).

In the viral Facebook live video, Damper and Holmes (the shooting victim) can be seen together in the front seat talking to Facebook live followers when Damper pulled out a gun and shot off a shot striking Holmes in the head. After shooting Holmes, Damper and Coleman both run out of the car and left Holmes lying in the front seat unconscious with blood all over his face.

2It is being alleged that Cassandra Damper and Cadillac Coleman set Devyn Holmes up, however, that hasn’t been confirmed.

In the Facebook live video showing the shooting, Damper pulls out a gun while addressing “lying a** hoes” on Facebook. When Holmes sees the gun, he tries to grab the weapon and tells Damper, “You’re making me nervous.” Holmes then asks Damper, “Where you from again?” before she points the gun at him and cocks it. Damper then says to Holmes “Say something b*tch” before firing the bullet into his head. There’s also a Facebook thread going around social media that shows Coleman and Holmes may have had beef prior to the shooting.

In the thread, Cadillac Coleman says to Devyn Holmes, “I got one for you trick.” Holmes responds “Fukk u,” in which Coleman chimes back, “I’ll smash you boy”.

3Cassandra Damper was arrested and has been charged with tampering with evidence in relation to a homicide.

Despite shooting Holmes on camera, Damper was arrested and only charged with tampering evidence (homicide related).

According to her initial arrest record, She was booked at Houston Southeast Jail on Sunday, April 1 and was held without bail.

4Devyn Holmes did not die after the shooting, and is currently in critical condition on life support. His family says his condition is improving and he’s breathing on his own.

Immediately after the shooting, Holmes was rushed to Ben Taub hospital, and, according to various reports, he is on life support.

Holmes’ family has provided updates via Facebook, with one family member saying that he’s now breathing and responding on his own, without the help of machines.

“Hey. got some positive vibes for you he was alert ,responding to command physically and breathing more on his own then yesterday. Now that’s some news you can repost.my lil mans a gentleman, scholar and a warrior  keep your prayers coming…”

Late Sunday night, Kendric wrote about how devastating it was to watch his brother being shot and asked people to stop sharing the footage. “Please take that video dwn… I can’t take it anymore,” he posted, “I’m goin crazy…stop doin my brother like this please.”

A woman presumed to be a family member (likely a cousin), Dekenia Thats’my-Attitude Mcneal, also went off on people sharing the video on Holmes’ shooting. “I HAVE HELD MY TONGUE LONG ENOUGH CUZ I KNO MY MOUTH IS RUTHLESS….. YALL NEED TO STOP REPOSTING THAT VIDEO FOR THE SAKE OF HIS FAMILY,” she wrote. “STOP MAKING FALSE STORIES LIKE YALL INVESTIGATORS (HALF OF YALL HAVENT EVEN SEEN A COLLEGE CAMPUS BEFORE!)….. HALF OF YALL DONT EVEN FUCKIN KNO HIM AND ITS PISSING ME OFF….. He’s STILL ALIVE.”

5Devyn Holmes has a 5-year-old daughter and is fluent in three different languages.

Holmes’ Facebook profile says he’s from Galveston, Texas and now lives in Beaumont, TX. He graduated from Ball High School in Galveston in 2009 and got a degree from Lamar University in 2013. His profile also says that he attended La Marque High School in La Marque, TX.

In several photos on his Facebook page, Holmes can be seen spending time with his young daughter. Just last month, he celebrated her 5th birthday and two appear to have a great father-daughter relationship.

Holmes’ last post, which was published on March 31st around 4:45 a.m., about 24 hours before the shooting, reads: “SUMBODY BRING ME A BURRITO IM BY ALAMO.”