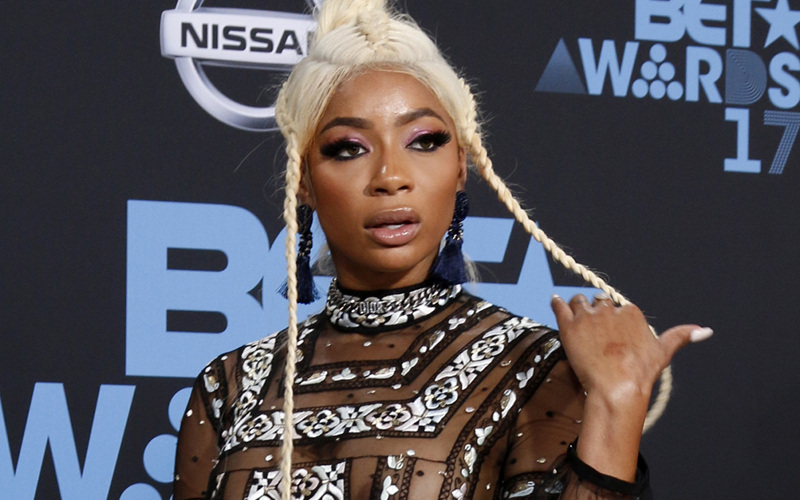 Love & Hip Hop Atlanta star Tommie Lee might be adding another mugshot to her collection. Police are investigating a matter after Tommie allegedly attacked a mall employee in Atlanta.

On February 1, Tommie and an unknown male walked into the Henry Bendel jewelry store in Lenox Square mall. According to a police report obtained by TMZ, Tommie got into an argument with an employee named Daniella. The argument escalated and Tommie went behind the employee counter and allegedly slapped and punched Daniela repeatedly.

The store’s manager broke up the fight between the two women. Tommie and her male companion fled the scene before cops arrived. However, the incident was captured on camera and police have launched an investigation.

Daniella told cops she had bruising on the left side of her face and eye and wants to press charges. TMZ also reports Daniella has obtained a lawyer and may seek to sue Tommie.

The Henry Bendel store manager says Tommie and her friend come to the store often and have tried to steal items in the past. During her Feb. 1 visit, Tommie was reportedly rude while shopping and Daniella confronted her about her attitude, which sparked the physical altercation.

Tommie has an extensive arrest record, racking up over 30 mugshots since 2003. Her most recent mugshot came in 2016 when she turned herself into authorities after a warrant was issued for her arrest for making “terrorist threats” against fellow LHHATL castmate, Joseline Hernandez.

She stated last year that she would not be returning for season 7 of Love & Hip Hop Atlanta, which will air later this year.