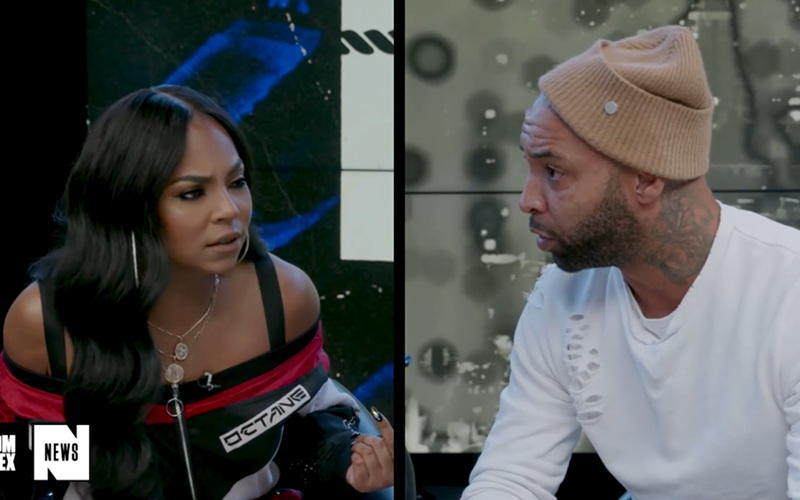 Ashanti was most definitely ready to confront Joe Budden and DJ Akademiks about comments the two made about her onstage outburst when fans threw money at her like she was a stripper. And for a minute or two, things got a little tense.

Budden and Akademiks both answered no, but also noted she’d still be dressed like a doctor. “Would you like me to operate on you?” she asked. “Hell, no!” Budden shot back. Making her point, Ashanti then said she shouldn’t have money throw on her just because she’s in a bodysuit.

“Time out. We were joking,” Budden relented. “We don’t seriously think you should have money thrown on you. What do you think, we’re ignorant f*cks up here?” he asked. “Sometimes,” Ashanti laughed.

Though it got a little tense for a few minutes, the three quickly squashed the mini beef. In fact, they concluded the hour-long interview with laughs and jokes.

Below is the viral video that’s at the center of the friction.“Yo, Imma need you to stop throwing that money. I’m not a f***ing stripper!” Ashanti tells fans after several bills rained on stage.