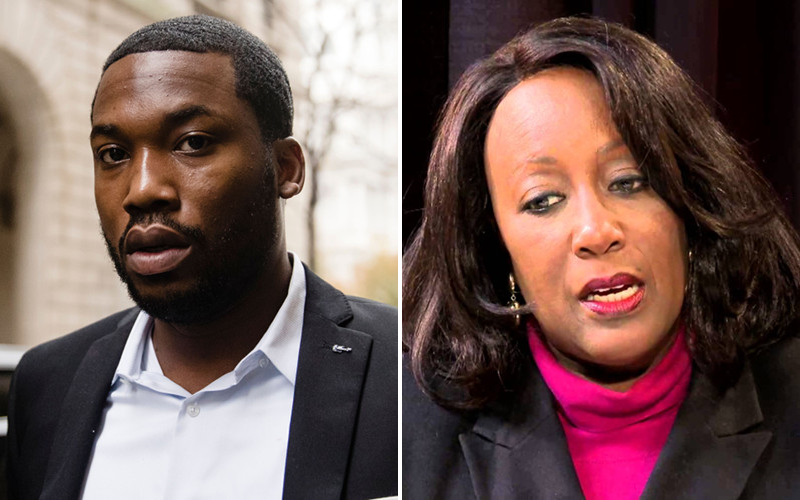 Ever since Judge Genece Brinkley slapped Meek Mill with 2-4 years in jail for a probation violation, she gained national attention with many questioning her fairness in the case. And it looks like she’s even got the FBI’s attention.

The New York Post is exclusively reporting that the FBI has launched an investigation into Brinkley due to her behavior and actions while presiding over Meek’s case. A source tells Page Six:

“The feds have an interest in the judge and [her] potential relationships. This is an investigation looking into a possible extortionate demand. Undercover agents have been in the courtroom monitoring the Meek proceedings since April 2016.”

Meek’s lawyer, Joe Tacopina, claimed last week that Brinkley was biased against his client because he refused to remake Boyz II Men’s “On Bended Knee” at her request and give her a shout-out in the song.

It was also reported that Brinkley repeatedly asked Meek to sign with Philadelphia-based music manager Charlie Mack, who is reportedly acquainted with Brinkley. Meek worked with Mack earlier in his career, but is currently managed by JAY-Z’s Roc Nation. Mack also manages Boyz II Men.

Even though Meek, Judge Brinkley, and Mack are all from the same part of Philly, Mack denies knowing the judge. “I’ve spent more time talking to you than I ever talked to the judge. There is no conspiracy, Meek is an old friend of 30-plus years,” he told Page Six.

Brinkley sentenced Meek 2-4 years in jail for violating his probation from a 2008 conviction. The decision was controversial because neither the district attorney nor Meek’s probation officer recommended jail time. The rapper was immediately taken into custody and is currently in solitary confinement.

Brinkley has presided over the case since 2008, but Meek’s lawyer is seeking to have her removed.

As with all its investigations, the FBI did not confirm or deny whether it is investigating Judge Genece Brinkley.