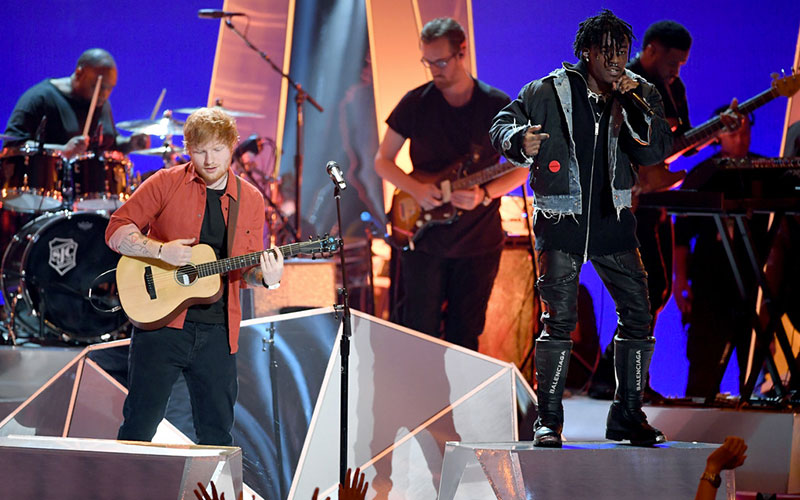 Sheeran kicked the performance off with a solo rendition of his hit single “Shape of You” before Lil Uzi Vert came out of nowhere and joined in for a never-before-heard remix of the Hot 100 #1 single.

The duo then teamed up for a new take on Uzi’s own hit single “XO TOUR Llif3,” which won the “Song of the Summer” award earlier in the evening.

Cardi B’s reaction was all of us: