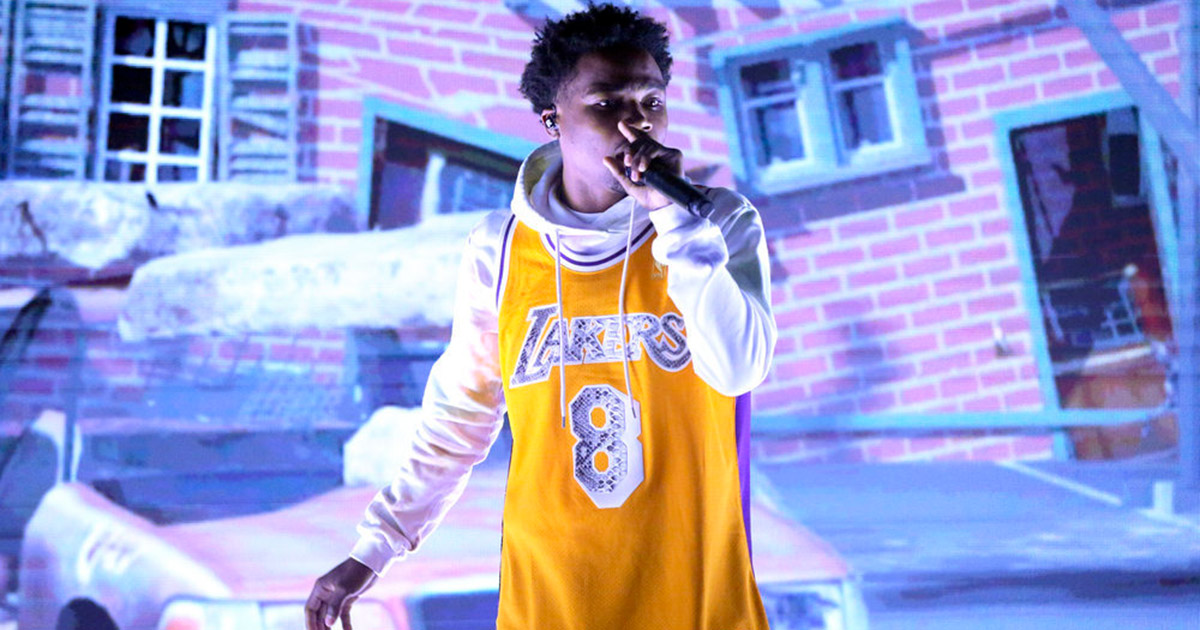 Roddy Ricch has already taken over 2020 and we’re barely a month in.

Fresh off his first Grammy win, the Los Angeles rapper/singer took to the stage on “The Tonight Show With Jimmy Fallon” to perform his hit single “The Box,” which is currently the #1 song on the Billboard Hot 100 for the the third week in a row.

Roddy Ricch, who performed inside of (you guessed it!) a box, also made sure to honor the late Kobe Bryant by rocking a purple and gold No. 8 Lakers jersey during his late-night TV debut.

“The Box” is from Roddy’s debut album Please Excuse Me For Being Antisocial, which debuted at #1 on the Billboard 200.

Roddy won his first Grammy Award for Best Rap Performance for “Racks in the Middle” (featuring Nipsey Hussle) this past Sunday night (Jan. 26) at the 2020 Grammys.

After his big Grammy win, he posted a photo of himself hugging Nipsey’s girlfriend Lauren London on Twitter. He captioned the photo: “One of the greatest moments was seeing her sile cause Hussle got one.”

one of the greatest moments was seeing her smile cause hussle got one pic.twitter.com/LQaNmxrxdO

Roddy is currently touring the country for his “Antisocial Tour,” which concludes on February 15th in Denver, Colorado.