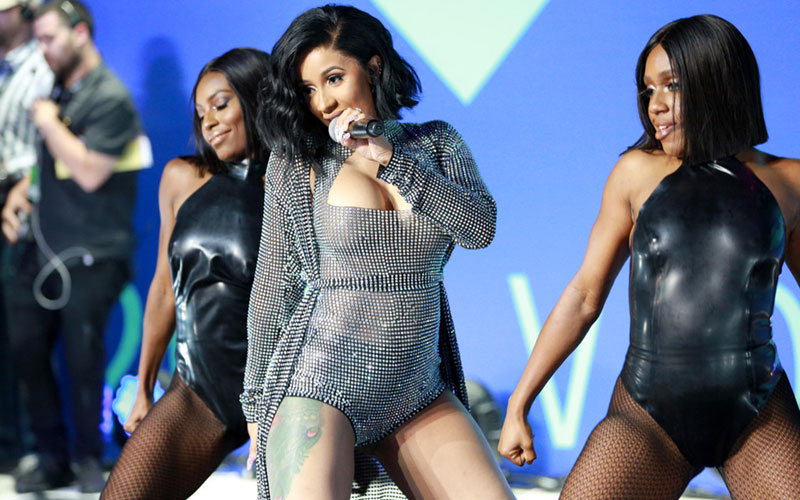 It’s hard to believe that two years ago, most of us didn’t even know what a “Cardi B” was, and now, she’s all over the radio and performing at the 2017 MTV Video Music Awards.

After becoming internet famous via Instagram and landing a starring role on Love & Hip Hop, Cardi B has glowed all the way up and is living her best life.

Cardi’s debut single “Bodak Yellow” is now the #3 song in the country (jumping up from #8 the week before), proving that she’s correct in her assertion that lil bitches can’t fuck with her, even if they wanted to.

No, she didn’t perform on the main stage, but you can’t deny that homegirl, accompanied by two backup dancers, slayed the FAWK outta that pre-show stage!

Cardi was all over the place, but in a good way. If she keeps this momentum up and has a hit single by the time the 2018 VMAs roll around, we wouldn’t be surprised if she’s invited to perform during the actual show.

And as a bonus, watch her red carpet interview with Charlamagne tha God (which was before her performance) here: