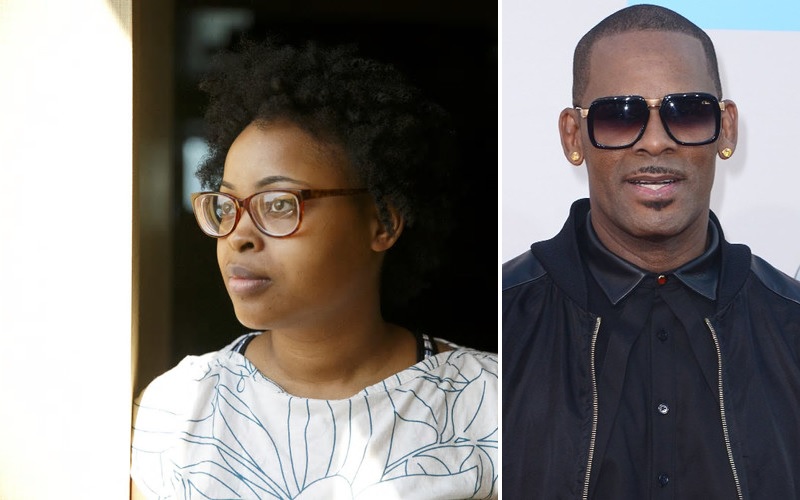 Another woman allegedly sexually manipulated and controlled by R. Kelly is breaking her silence. Jerhonda Pace of Chicago exclusively tells BuzzFeed News she had a sexual relationship with the R&B singer when she was just 16-years-old.

The 24-year-old mother of three supports claims revealed in BuzzFeed’s explosive report in July which suggested Kelly is currently holding several young adult women in a sex cult on his properties.

Possibly facing legal consequences due to non-disclosure agreements she signed, Pace is speaking out in order to help women (currently or in the future) under R. Kelly’s control, including a friend she introduced to the star who is reportedly still living with him.

At 15, Jerhonda Pace, an R. Kelly “super fan,” was in court every day of the singer’s child pornography trial in 2008. Jerhonda Pace became an R. Kelly “super fan” at age 11 when she first heard his album, Chocolate Factory. Her entire family and all of her friends loved him. Even her favorite radio station had his music on heavy rotation.

In May 2008, a 15-year-old Pace was in court every day (skipping school) to support her idol while Kelly was on trial for child pornography.

The infamous video of the singer having sex and peeing on a 14-year-old girl was played multiple times in court. Pace called the video “disturbing,” but continued to support Kelly, especially when the young girl didn’t testify.

(Pace says she later saw the girl in the video at a party in Chicago and also claims R. Kelly would force her to have threesomes with this girl’s high school best friend. The friend still lives with Kelly.)

She was even quoted in several national publications defending Kelly. She told MTV after he was found not guilty in June 2008:

“They can’t call him a pedophile anymore. They can’t say he likes little girls. They don’t have proof of that. Because he’s innocent now. He’s free.”

Though 15, she told reporters and Cook County officers she was 18 in order to be allowed into the courtroom, as minors weren’t allowed to sit in on trials.

Jerhonda first met Kelly during the trial while he was walking to the courthouse. “[Kelly] seemed like a cool guy, and he would always speak to me when he saw me,” she told BuzzFeed. She also obtained his autograph. Jerhonda Pace first entered a sexual relationship with R. Kelly when she was just 16. Pace is the fourth woman in Kelly’s inner circle/sex cult to speak to BuzzFeed and the fifth overall. However, she is only one who was underage at the time of their sexual encounters.

Pace had her first private interaction with R. Kelly in May 2009 after an employee of his friended her on Myspace and invited her to a party at Kelly’s mansion in Olympia Fields, Illinois.

Nothing sexual happened between the two, but Kelly remembered her from being in the courtroom during his trial. He entered his number in Pace’s phone and she told him she was 19.

On June 5, 2009, Kelly sent an employee to pick Pace up and bring her to his mansion. This is when the first sexual contact occurred. “He told me that he wanted me to undress for him [and] walk back and forth like I was modeling,” Pace recounted. The two had oral sex.

Even though Kelly still believed Pace was 19 at the time, he took precaution to keep her quiet following this first encounter. He concocted a lie and forced her to sign documents stating that she stole jewelry and money from him and her parents were trying to blackmail him.

The next sexual encounter occurred just a few days later on June 9. Kelly gave the underage girl an alcoholic beverage he called “Sex in the Kitchen” (also the name of one of his songs). “I was drunk, because I wasn’t used to alcohol,” Pace said.

Intoxicated, the 16-year-old lost her virginity to the singer. She says Kelly was “excited” by the fact she was a virgin. Jerhonda’s sexual relationship with R. Kelly continued for seven more months, eventually spending the weekends at Kelly’s Mansion. She told the singer her real age on July 17, 2009. Paces says Kelly told her continue to tell others she was 19, but advised her to act 25.

As things progressed, Pace says Kelly became increasingly controlling and supported the claims made by other women who were previously in Kelly’s “sex cult.”

While she was in the mansion, she says, she had to follow Kelly’s “rules,” which included dressing in baggy clothes, turning over her phone, and asking permission to shower, eat, go to the bathroom, and leave the property. If she broke the rules, she says, she was mentally and physically abused.

“At the time, I didn’t know what I liked, honestly,” Pace says, explaining why she complied. “I just knew that I liked his music, so I was pretty much accepting of anything that came with him at the time.”

Like with the other girls, R. Kelly recorded his sexual encounters with Pace without her permission. She had to call him “daddy” and he called her “baby.” Pace also says the singer made her wear pigtails and schoolgirl outfits to please him.

The controlling relationship ended after R. Kelly slapped and choked Jerhonda. She contacted a lawyer and negotiated a settlement out of court. Jerhonda Pace was able to escape R. Kelly’s control when she ended the relationship in January 2010 after a physical incident. Kelly caught Pace, who was 17 by this time, breaking one of his rules by texting one of her friends.

The day following this incident, Pace contacted Chicago attorney Susan E. Loggans, a lawyer who had represented several women with sexual allegations against R. Kelly. Loggans settled many of these cases out of court and told Pace she could make her a millionaire.

Loggans advised Pace to seek a settlement rather than file criminal charges. “If I was to get criminal charges, it would probably be like it was last time, where he wouldn’t get convicted,” Pace said.

Pace told her experience to Loggans and subjected to a polygraph test, which concluded she was telling the truth on her sexual relationship with R. Kelly, telling him her real age, and her allegations of abuse.

Loggans quickly negotiated a “large settlement” for Pace. However, the exact amount has not been revealed. Per the agreement, Pace also signed a non-disclosure agreement.

In 2012, Pace contacted Loggans again, claiming she had not received the full amount awarded to her and, in fact, Kelly was late or missing payments. Loggans negotiated a new agreement and BuzzFeed reports Kelly’s management company last issued a payment to Pace in July 2015.

The new agreement also includes another non-disclosure clause. The agreement states (via BuzzFeed):

“The terms and existence of this Agreement and of the [earlier] 2010 Settlement Agreement shall be strictly confidential.” It includes a “non-disparagement clause” detailing that “the parties agree that they each shall refrain from any and all conduct, verbal or otherwise, that disparages or damages… the reputation, good will or standing in the community of the other party.”

Jerhonda is speaking out to help the young women currently controlled by R. Kelly, who she compares to Charles Manson. So, why is Jerhonda breaking her non-disclosure agreements and speaking out? Pace really wants to help the women currently living in R. Kelly’s homes and being controlled by the singer. “I just really hope I can help these women out,” she told BuzzFeed. “Kelly needs to be stopped.”

“If I can speak out and I can help them get out of that situation, that’s what I will do. I didn’t have anybody to speak up on my behalf when I was going through what I was going through with him. He’s brainwashed them really bad, and it kind of reminds me of Charles Manson.”

On an even more personal note, Pace wants to specifically help a woman she introduced to Kelly in 2009. Her friend was 17 at the time and an R. Kelly “super fan,” like Pace. According to sources from BuzzFeed’s previous R. Kelly report, this woman still lives with the singer.

“I know speaking out against Kelly, Kelly could sue me. But I’m really not worried about it anymore,” Pace said. “His music overshadows everything when it comes to his wrongdoings,” Pace says. “Nobody thinks about the damage he’s done or is doing to young women.”

Representatives for R. Kelly’s released a statement denying all allegations and claims made by Jerhonda. As his reps did with BuzzFeed News’ original report in July, R. Kelly has issued a statement denying the claims made by Jerhonda Pace. The statement was released Tuesday (Aug. 22) and states:

“The allegations against Mr. Kelly are false, and are being made by individuals known to be dishonest. It is clear these continuing stories are the result of the effort of those with personal agendas who are working in concert to interfere with and damage his career. Mr. Kelly again denies any and all wrong doing and is taking appropriate legal action to protect himself from ongoing defamation.”

To support Pace’s allegations, BuzzFeed News reviewed signed legal documents, drafts of settlements between Kelly and Pace, Pace’s 2010 polygraph results, a probate document establishing an estate for the 17-year-old’s settlement, corresponded with lawyers involved, and have spoken with sources with “firsthand knowledge of the situation.”