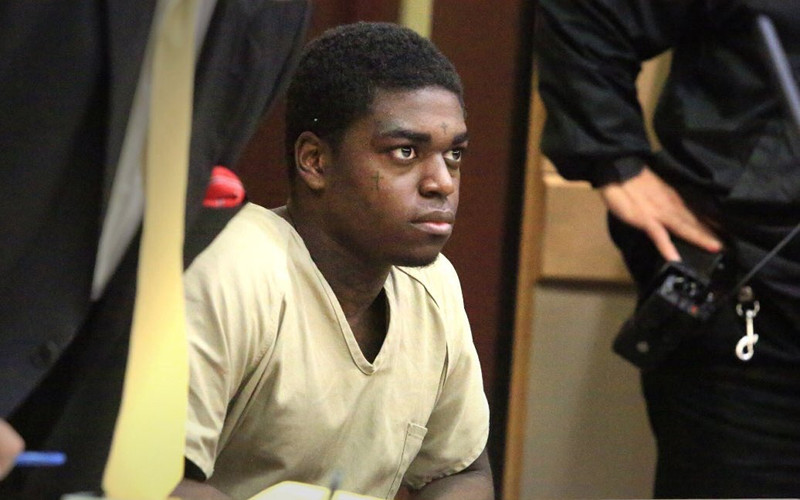 After nearly 60 days of waiting behind bars, judgement day finally arrived for Kodak Black. Unfortunately, the news wasn’t all that great for the rapper. A judge ruled that he has violated the terms of his probation.

Kodak was found guilty on five counts of violating his house arrest. He was facing six counts. However, it has not determined whether he will face jail time. Kodak will have to continue sitting behind bars until his sentencing hearing scheduled for May 4.

The Florida judge ruled that Kodak violated the terms of his house arrest by going to Club Lexx (a Miami strip club) and a boxing match in Ohio without prior authorization. He has also failed to complete a court-mandated anger management program.

Though he has not faced any charges yet, the judge also felt Kodak broke the law based on allegations he assaulted a female employee at Club Lexx. A guilty ruling from a jury on such charges is not necessary at a probation hearing.

Jennifer Cunningham (a Club Lexx bartender) claims Kodak punched and kicked her when she asked the rapper to get off the bar. However, she has not followed up with the detective on the case, which the detective says is common in battery cases.

In fact, other Club Lexx employees, including the manager, say they did not witness the incident as has been reported and suspect that an inebriated Cunningham may have been the aggressor.

Bouncer Dexter Burney says Cunningham bragged about groping Kodak. “She told me she grabbed his meat,” he said. However, this has not been corroborated. Nonetheless, Cunningham’s case remains open.

Kodak could face a maximum 8-year sentence since the state feels he squandered his second chance. He originally faced decades behind bars, but was sentenced to house arrest and 5 years probation last year, which the state argued was a “slap in the face” to the justice system.

The rapper’s lawyers hope for a time served sentence as he has sat in jail since being arrested Feb. 28, however, the decision will rest solely on the judge.

The 19-year-old is also facing sexual assault charges in South Carolina. A woman claims he assaulted her last year in a hotel room after she attended on of his shows. A conviction carries a 30-year maximum sentence.