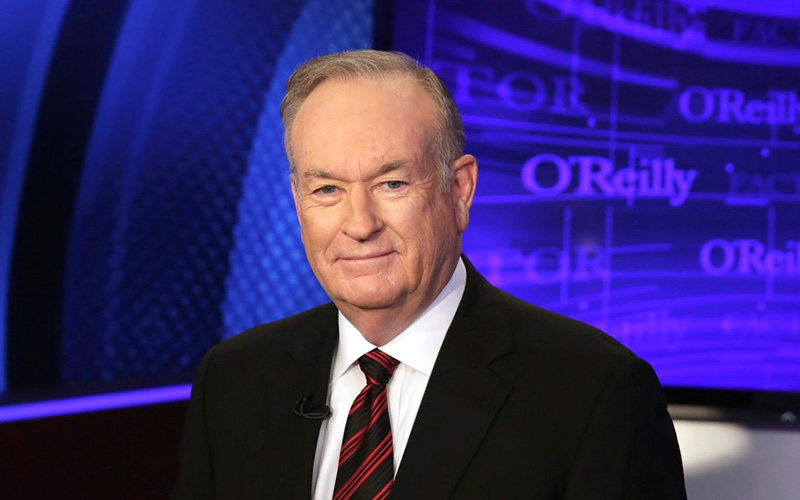 The O’Reilly Factor is the number one rated show on Fox News and has been for over a decade. So news that Bill O’Reilly and his employer have paid out over $13 million in sexual harassment settlements is bad news for the news broadcasting giant.

Or is it? The New York Times reported on Saturday that O’Reilly and Fox have settled five different claims from women over the years, with each allegation rooted in some form of sexual harassment. The hush money was paid out in exchange for the women not pursuing litigation or speaking out publicly against O’Reilly.

But now the cat is out of the bag, and everyone knows that O’Reilly has been accused of sexually abusive behavior multiple times. This in its own right should be bad enough, but the fact that this isn’t the first high profile case of this kind at Fox makes it even worse.

Just last July, former Chairman and CEO Roger Ailes was forced to resign after his own sexual harassment scandal. At the time, the company said it did not tolerate behavior that “disrespects women or contributes to an uncomfortable work environment.”

So what does Fox News have to say about this recent revelation?

“21st Century Fox takes matters of workplace behavior very seriously. Notwithstanding the fact that no current or former Fox News employee ever took advantage of the 21st Century Fox hotline to raise a concern about Bill O’Reilly, even anonymously, we have looked into these matters over the last few months and discussed them with Mr. O’Reilly. While he denies the merits of these claims, Mr. O’Reilly has resolved those he regarded as his personal responsibility. Mr. O’Reilly is fully committed to supporting our efforts to improve the environment for all our employees at Fox News.”

So basically, they’re saying they’re not going to do anything about it. And what about O’Reilly himself? On his website, he posted a statement that basically says because he’s so well known, people are going to come after him but their allegations are not true. The only reason he settled with these women is to spare his family from damaging lawsuits.

“Just like other prominent and controversial people, I’m vulnerable to lawsuits from individuals who want me to pay them to avoid negative publicity. In my more than 20 years at Fox News Channel, no one has ever filed a complaint about me with the Human Resources Department, even on the anonymous hotline.

“But most importantly, I’m a father who cares deeply for my children and who would do anything to avoid hurting them in any way. And so I have put to rest any controversies to spare my children.”

Some have likened these allegations and the treatment of the women who have come forth to the Bill Cosby rape scandal. But since The O’Reilly Factor is such a big earner, it’s unlikely that any action will be taken against O’Reilly.

The only thing that could really hurt him now is if this latest NY Times piece causes advertisers to pull away from his show, not wanting to be associated with this scandal. Because it’s clear the only thing that matters here is money.

And that’s a problem. It’s just like a professional athlete being allowed to continue playing despite facing severe charges (Kobe Bryant, Ben Roethlisberger, Derrick Rose…the list could go on), or Hollywood filmmakers receiving awards despite being known to have molested children (Woody Allen, Roman Polanski). These people are put on a pedestal and told that they are too important to be punished. They bring in too much money.

It’s a mentality that fosters this belief that these kinds of things are alright as long as you are of a certain status; in essence, they are above the law and above punishment.

It’s why we have a president who was recorded saying because he’s so rich, he has the right to sexually assault a women simply because he wants to. These things are unacceptable — everyone would agree on that.

But until we all agree that simply being rich or famous does not allow you to do these things and get away with it, we are never going to be able to truly work towards fixing the problem.

They say justice is supposed to be blind, but reality often proves that is not the case. It’s why we have a rapist like Brock Turner described by his athletic accomplishments and let free after six months, while a black man who was killed simply because he was black being described by his criminal history.

These days it’s not simply about what was done, but it’s about who did it. And if the accused falls under a certain status or looks a certain way, then far too often the punishment (or lack thereof) fails to fit the crime.

Justice isn’t blind. Rather, we choose to be blind to the injustices surrounding us.

And until we collectively choose to fix that, we’ll just continue to tune in and try and ignore the fact that we are watching sexual predators on our television.