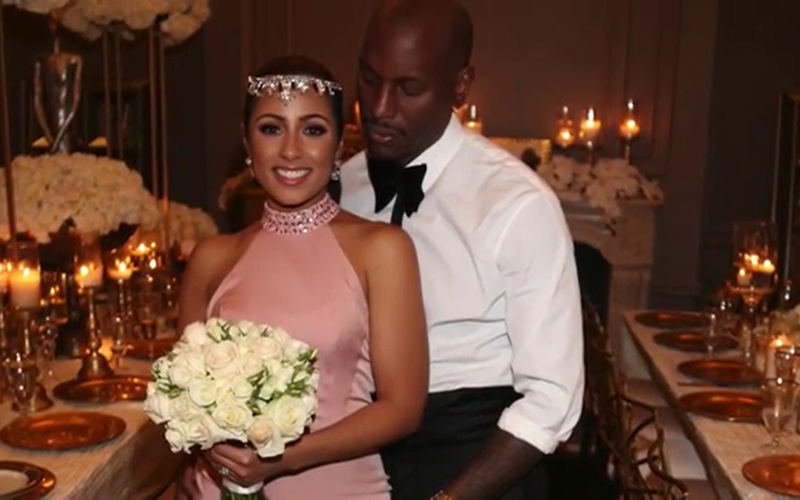 Surprise, surprise! Tyrese is officially off the market. The singer/actor has officially announced he is a married man.

Tyrese Gibson took to his Instagram account Tuesday (Feb. 28) to reveal that he married his beautiful, yet mysterious wife, on Valentine’s Day. The Instagram video showed pictures of the ceremony and reception while Brian Courtney Wilson’s “I’ll Just Say Yes” played.

The video ends with a prayer request for his fans. “The best way to express your love towards this blessed union is to keep us covered in prayer.”

I never would have expected ladies’ man Tyrese to get married on the clichéd Valentine’s Day, but it looks like he did good. The Fast & the Furious star wore a white tux, while his bride wore a pink satin halter gown with a diamond headpiece. Their wedding bands are also adorned with big diamonds.

The new Mrs. Gibson’s identity is still unknown. The couple was first photographed together at the 33rd Annual UNCF Mayor’s Masked Ball in Atlanta in December. It’s unclear how long the couple had been dating prior to the event.

However, Tyrese may have hinted at his impending nuptials back in January. “I’m nothing until I find my wife. Nobody wants to be alone. Look, that’s going to change soon. I believe it,” he told ABC News.