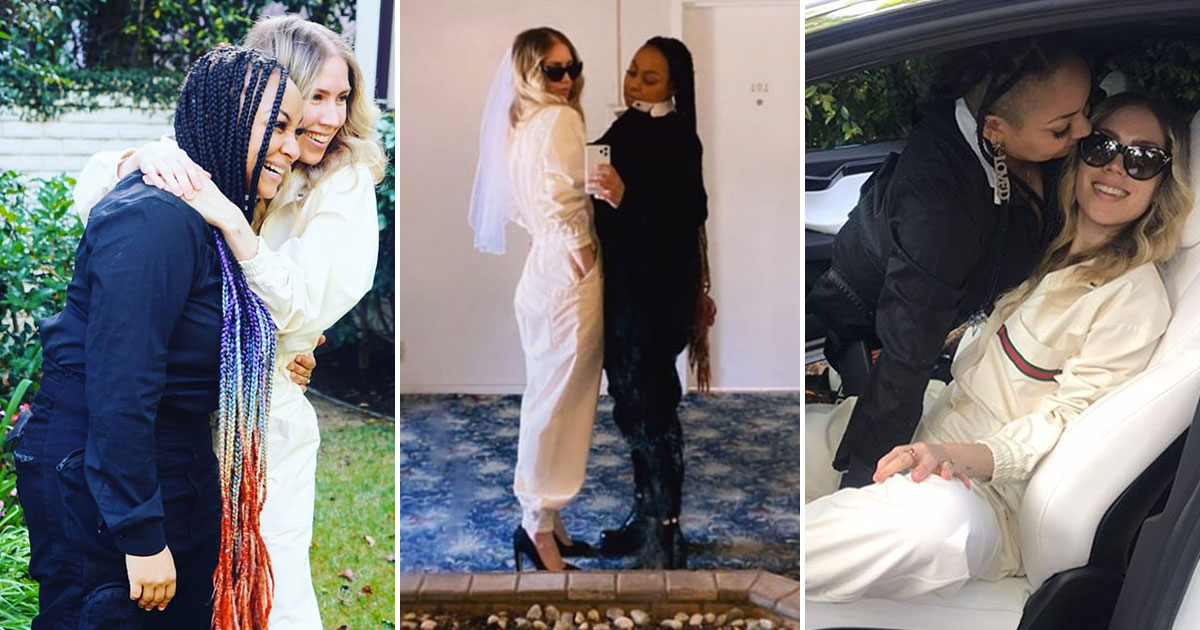 Surprise! Raven-Symoné is a married woman after tying the knot with her girlfriend, Miranda Pearman-Maday, in a backyard wedding ceremony.

The actress took to Instagram Thursday (Jun. 18) to reveal the happy news, writing alongside a photo with her bride: “I got married to a woman who understands me from trigger to joy, from breakfast to midnight snack, from stage to home. I love you Mrs. Pearman-Maday! Let’s tear this world a new a**h*le!!! I’s married NOW.”

Minutes before sharing the news, Raven hinted that “something happened” this week, sharing a picture of a celebratory glass of champagne, presumably from her and Miranda’s wedding.

She captioned the post: “So something happened this week, that has changed my life FOR THE BETTER!”

In a separate IG post, Raven thanked her loved ones who attended the intimate wedding, writing: “Thank you to all those who helped and for those who understand why it was small during this time.”

Symoné, who has remained private about her love life, first opened up about her sexuality back in 2016.

“I never thought I would come out because my personal life didn’t matter,” Symoné shared in Lexus L/Studio’s ‘It Got Better’ docu-series. “It only mattered what could be sold as part of the Raven-Symoné brand.”

Raven—who first started acting back in 1989 at the age of 3 after landing the role of Olivia on The Cosby Show and went on to headline Disney’s That’s So Raven as well as a series of TV movies for “The Cheetah Girls”—admitted in the interview that she knew she was gay by the time she was 12 years old, but she tried to force herself to be attracted to boys.

She said, at the time, she’d even convinced herself that she would end up being married to a man. “I kind of pushed myself to open myself up to look for boys,” Symoné said.

But when she went to college, that’s where she found herself and discovered that she didn’t need to hide her sexuality anymore.

That’s when she decided to come out to her parents, then the world.

“I felt lighter,” she recalled. “I felt like I could go out and not have to put on 17 different hats to be myself.”

A huge congrats goes out to Raven and her new bride!