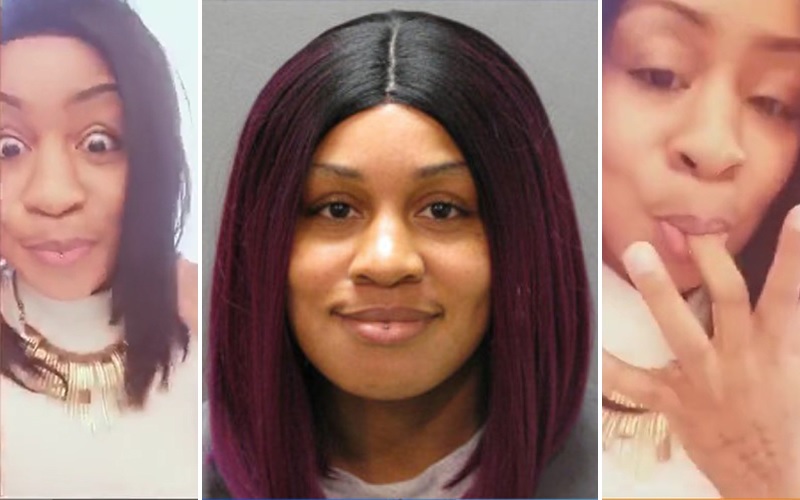 Brittney Jones evaded authorities for as long as she could, but, unfortunately, her luck just ran out. According to News 4 Jax, Jones has been arrested for the public sex act she performed in a Jacksonville, Florida courthouse hallway.

Jones was arrested Wednesday (Feb. 15) and booked at the Duval County Jail. She is charged with unnatural and lascivious act and a marijuana charge was added Thursday. She also appeared in court Thursday and pleaded not guilty.

According to Action News Jax reporter Bridgette Matter, clearly enjoying her Internet fame (or infamy, depending on how you look at it), Jones “smiled and waved to the cameras as she was being led back to jail.” She’s due in court on February 28.

#Brittney #Jones' attorney says she will enter not guilty plea for all charges. @wjxt4 pic.twitter.com/nxCFHzkrzv

#BrittneyJones smiled and waived to the cameras as she was being led back to jail. @ActionNewsJax

#BrittneyJones next court date is scheduled for February 28th @ActionNewsJax

Jones did not turn herself in to authorities, as she previously hinted on social media. She was reportedly arrested at her Jacksonville home in the Herlong neighborhood on Wednesday night.

“Bittersweet moment this morning. I will definitely keep her in my prayers — much, much, much prayer needed.”

The 26-year-old made international headlines in early February after filming herself performing oral sex on a man in the fourth-floor hallway of Duval County Courthouse. She then posted the video on Twitter and promoted it on her other social media accounts.

“Found a way to get my charges dropped,” she wrote on Twitter before deleting the video.

The sex act was also captured on courthouse security cameras, which lead to an investigation and eventual arrest warrants for Jones and the man in the video, Jeremiah Robinson.

Robinson, 35, turned himself in to police custody Feb. 7, one day after the warrants were issued. He was also charged with unnatural and lascivious act and pleaded not guilty. He is now released on bond.

I wonder if Jones has any tricks to get out of this one? You know she’s thought about it.