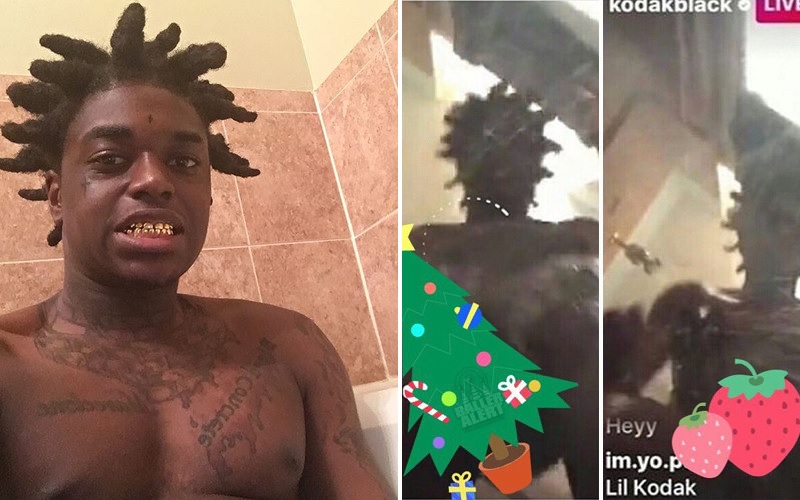 Kodak Black has been using Instagram’s new live feature quite often lately. In thinking of more creative ways to use Instagram Live, Kodak thought it was good idea to connect with his fans while in the shower. Oh, but he thought wrong!

The Florida rapper was chatting on Instagram Live in the shower when his phone accidentally slipped. Those watching the stream got a peek at “lil Kodak” as the phone landed face up and the rapper bent down to pick up his phone.

Kodak dropped his phone streaming live and everyone seen his beebop pic.twitter.com/sCbscIR2d8

"Rain drop, drop top this nigga kodak dropped his phone in the shower and showed his cock cock" #KodakBlack ????

Kodak Black: I think I'm gonna get on Instagram Live while I take a shower today

Ending the year with the biggest L from #KodakBlack ?, Never live stream in the shower ! ??

Kodak a disgrace to Haitian men cause they be slangin ?? https://t.co/AA9fkz8pK1

Kodak responded to the Twitter memes, but was not too hard pressed about being the butt of the joke. He even believes he gets the last laugh.

Kodak Black was released on bond in early December after spending months in jail facing criminal sexual conduct charges. While he may be enjoying his freedom, the rapper had to learn the hard way the some things never need to be shared.