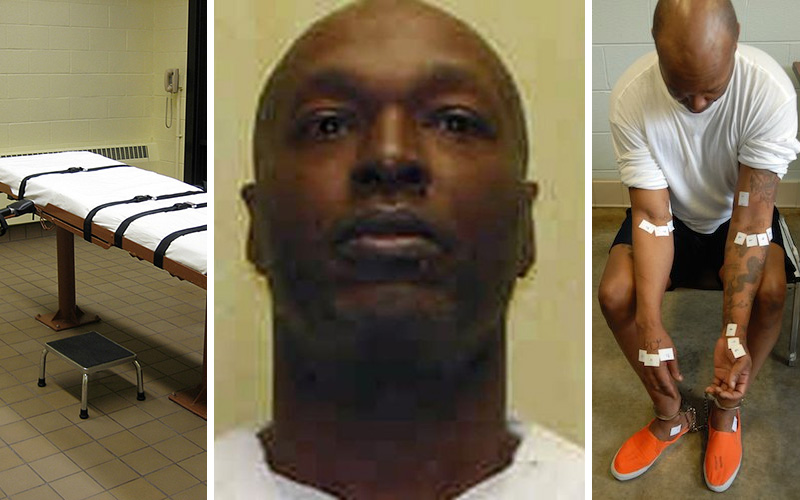 In 2009, Ohio inmate Romell Broom entered the execution chamber to receive a dose of lethal drugs for the rape and murder of a 14-year-old girl. After two hours, which consisted of 18 needle sticks, an untrained doctor being called in, and, according to Broom, pain so intense he cried and screamed, he was still alive.

After two hours of failing to find a proper vein, the execution was called off by the then governor Ted Strickland and Broom was put back on death row. In that time, he and his lawyers have petitioned to have him pardoned of the death penalty, arguing that a second attempt violates his constitutional right against cruel and unusual punishment.

Denied by the Ohio Supreme Court, the case went up to the U.S. Supreme Court, and on Monday (Dec. 12), the ruling came down: a 6-2 ruling against the 60-year-old Broom.

Broom is only the second inmate to have survived an execution attempt, with 18-year-old Willie Francis surviving the electric chair in 1947. Francis also fought to avoid a second execution, but the Supreme Court ruled against him 5-4 then. When asked about the outcome, Broom’s lawyer said, “here the court had the opportunity to address a case where there was a living person there to vindicate their constitutional rights. So it’s very disappointing that this unique opportunity was not accepted for review by the court.”

The prosecution, however, was obviously happy with the ruling. “The fact that this remorseless, cold-blooded killer is still alive and appealing more than 30 years after his sentence to death demonstrates just how dysfunctional the criminal justice system has become in capital cases.”

And to highlight that point, despite being put back on death row, no date has been set for his second go-round. It will likely be years before it happens, however, as other executions are scheduled and there is uncertainty over the state’s supply of lethal injection drugs.

In the meantime, the anti-death penalty advocate group Ohioans to Stop Executions have renewed a call for current governor John Kasich to grant Broom clemency.