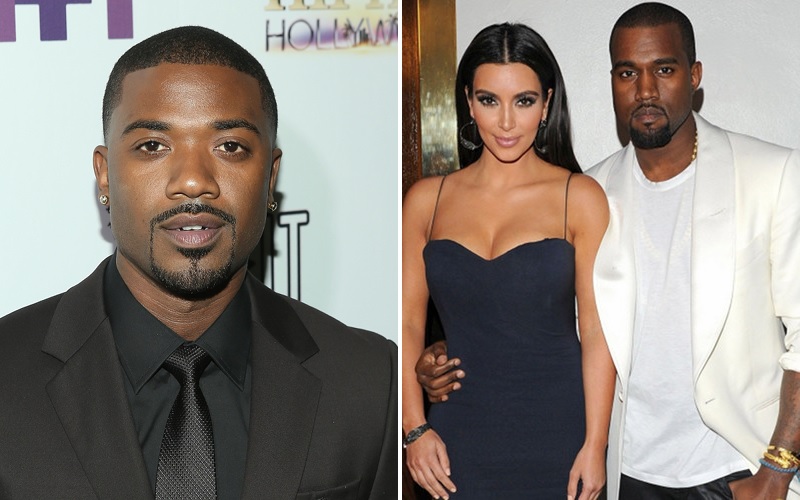 Ray J is still feeling some type of way over Kanye West’s controversial video for “Famous.” The Love & Hip Hop Hollywood star has just dropped a diss track and he’s not holding any punches.

Earlier this year, Kanye released a music video for “Famous,” which featured nude wax figures of several celebrities, including Ray J, lying in bed with the rapper and Kim Kardashian. Ray was obviously not feeling the video and dropped a diss track in response late Monday night (Nov. 21).

And just to make sure you know Kanye and Kim are his targets, the song is also called “Famous.” Lyrically, Ray discusses his 2003 sex tape with Kim that leaked in 2007, and arguably launched her career.

Here are a few lyrics:

I told the judge, right hand to the sky / It wasn’t me, I’m not that type of guy

She fucked me for fame, look in her eyes / She was the first one to sign on the line / She was the real one to plan it all out / Look at the family, they walk around proud / All because she had my dick in her mouth.

So, yeah, maybe he’s a little salty Kim has built a multimillion-dollar empire from their sex tape and is one half of a Hollywood power couple. Meanwhile, Ray J is still best known as Dorian from Moesha and “Brandy’s little brother.”

Chris Brown is also randomly featured on the track. However, we shouldn’t really be surprised, considering Ray was at Brown’s house when a woman accused the singer of pulling a gun on her, and Ray told Billboard a musical response was in the works.

“You can’t fault me and Chris for responding to all the things that have been done about us [in the media] over the last few months.”

Ray definitely delivered a few low blows in “Famous,” but the diss track comes just as Kanye and Kim are already knocked down. After a few on-stage outbursts, Kanye West was rushed to the hospital Monday (Nov. 21) for a psychiatric evaluation, and Kim flew from New York to LA to be by his side. Reports say the rapper was suffering from exhaustion and sleep deprivation, others suggested he was suffering a nervous breakdown.