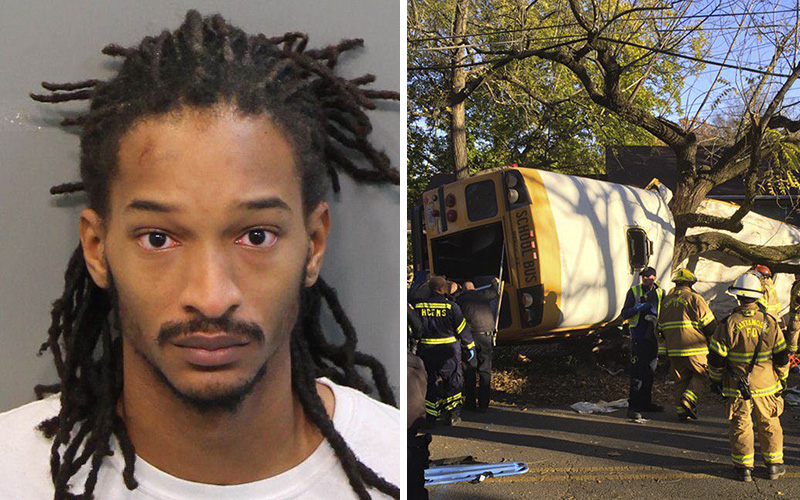 Police Chief Fletcher said 24-year-old Johnthony Walker (pictured in his mugshot above) was arrested and charged with five counts of vehicular homicide and one count of reckless endangerment for his involvement in the Talley Road crash that killed at least six children and sent 23 others to the hospital.

According to District Attorney Neal Pinkston, five children were pronounced dead at the scene of the crash, and the sixth child died afterward at the hospital.

8-year-old Darrien Griffith told WRCB reporter Kelly McCarthy that the bus “hit something” and then “flipped over.”

8 year old Darrien just walked up and told me two of his friends are still on the bus. Bus hit something, flipped over. @WRCB pic.twitter.com/puGR1cGtNZ

Police confirmed that the school bus was transporting 35 Woodmore Elementary students from Kindergarten to 5th Grade.

Police said it is unclear at this time what led to the crash, but the bus driver, Johnthony Walker, is cooperating with them. He’s currently being held in the Hamilton County Jail on $20,000 bond. He’s due in court on November 29th.