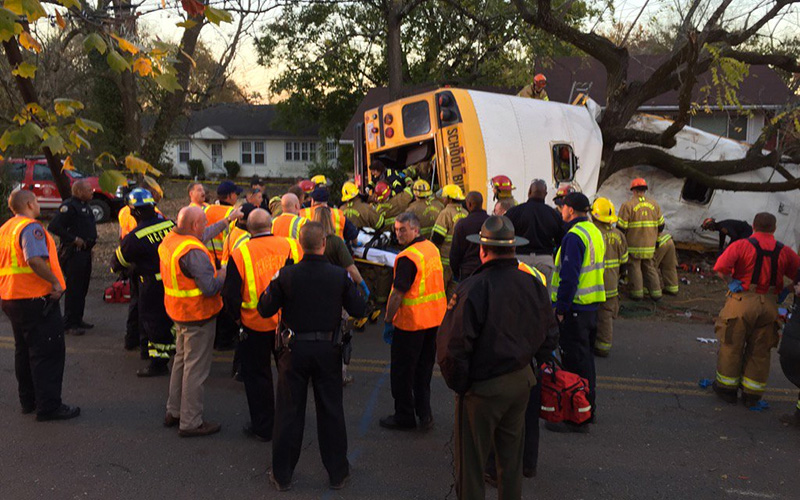 Several children have been reported dead after an elementary school bus crashed, flipped over and wrapped around a tree in Chattanooga, Tennessee Monday afternoon (Nov. 21).

According to Chattanooga fire officials, the bus, which was carrying 35 Woodmore Elementary students (ranging in age from kindergarten to fifth grade) crashed at around 3:30 p.m. Firefighters had to break into the mangled wreckage to remove the children so that they could be transported to the hospital for treatment.

At the moment, there have been at least six children reported dead.

CNN reported that at least 23 people were rushed to the hospital after the single-vehicle crash.

“A bus crash involving school children is every public safety professional’s worst nightmare but it’s also the thing that we all train for,” Chattanooga Police Chief Fred Fletcher said (via WTVC). He added, “Certainly, speed is being investigated very, very strongly as a factor in this crash.”

Police said the bus driver was cooperative and talking to investigators, and the families of victims were still being notified.