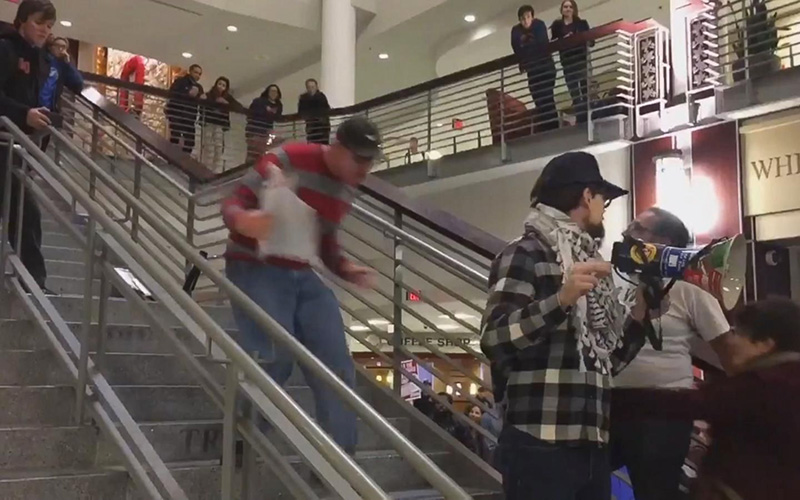 Alright, before we go any further, let me just say this. Our country finds itself in a tumultuous time right now.

And while some may disagree with the protests, or the manner in which they are being done, everyone has a right to have their voices heard. Protests are a part of our constitutional right, and violent retaliation against those protests should never be the answer.

Again. I understand all of that. But with that being said, this right here is downright hilarious. A recent anti-Trump protest at Ohio State was interrupted when a (I’m assuming) supporter of The Donald decided to end it early by tackling the speaker to the ground.

I feel bad about saying it, but there’s something so funny about seeing a hipster get truck-sticked to the ground. Add in the fact that it’s by some hunchback looking guy angrily yelling, “You Idiot!” followed by the loud thump and “Hey homeboy!” Pure internet gold right here.

Turns out the future NFL linebacker is Shane Stanton and a student at OSU. He was quickly escorted out by police (as the crowd chanting “shame” repeatedly – guess they like Game of Thrones) and has been suspended and faces a misdemeanor assault charge.

As for the speaker, he wasn’t injured but he did break his glasses. I’m sure the fact that I find this so funny makes me a bad person, but I’m alright with that because I got a good laugh in for the day.