GOSSIPONTHIS.COM Politics Hillary Clinton Lost the Election Because Millions of Democrats Did Not Vote 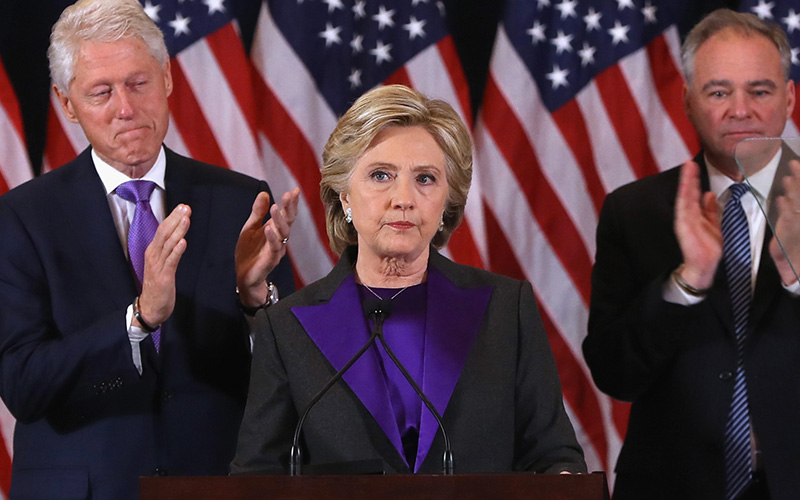 Donald Trump will be the next President of the United States of America. It’s a tough pill to swallow, but the more you say it out loud, the easier it is to digest.

Early projections and polls stated that even though this would be an extremely close race, Clinton had this in the bag, but as we all discovered on Election Night 2016, that was far from the truth.

A lot of political pundits and talking heads are suggesting that Republicans came out in droves this year to support their candidate, but according to a new graph showing popular vote totals from the last three elections, it looks like millions of Democrats simply did not vote this year.

Turns out it's not a Trump insurgency, but a Clinton collapse. A graph that cuts straight through today's punditry … pic.twitter.com/x41cyyy2XI

Hillary Clinton didn’t lose the election because Republicans grew their base. She lost because the Democrats chose not to vote this year, compared to the previous two elections, in which Democrats came out in much larger numbers to support Obama.

On top of that, according to Thursday morning (Nov. 10) projections from the United States Elections Project, out of the 231,556,622 eligible voters, only 131,123,000 voters actually went out to the polls to cast their vote (leaving over 100 million votes on the table).

If you look at the graph above, the number of Republicans who voted for Donald Trump was less than the same number who voted for Mitt Romney in 2012 and John McCain in 2008.

So, this year, around the same amount of Democrats voted as Republicans, which explains why Donald Trump was able to win so many battleground states.

Blame it on Hillary Clinton’s sketchy background, or blame it on the lack of enthusiasm most Dems had for her campaign, but for whatever reason, millions of Democrats chose to either stay at home this year or vote for one of the third-party candidates.

Had Democrats actually got out and voted (or voted for Clinton instead of third-party candidates), Secretary Clinton would have likely won the Election and we would be preparing to swear her into office instead of Donald Trump.

And we wouldn’t have photos like this circulating in the media: The only people who are to be blamed for Hillary Clinton losing this election are the millions upon millions of Democrats who refused to vote for her.

The media hardly mentions that Hillary Clinton won the popular vote, 59.5M of Americans voted for her. #StillWithHer pic.twitter.com/APdFQjNhR9

The good news for Democrats is that Donald Trump, who did NOT win the popular vote (Clinton had 59.5 million votes compared to Trump’s 59.3 million), is the weakest and least popular president-elect in history.

Unless Trump somehow experiences a surge in popularity as president (which is possible, but not likely), Democrats should be able to take the White House back in the 2020 election. He did not run a good campaign, and as an incumbent, he should be beatable.

As of today, there are 1,454 days until Election Day 2020. Democrats have a LOT of work to do between now and then to unify the party so that this never happens again.