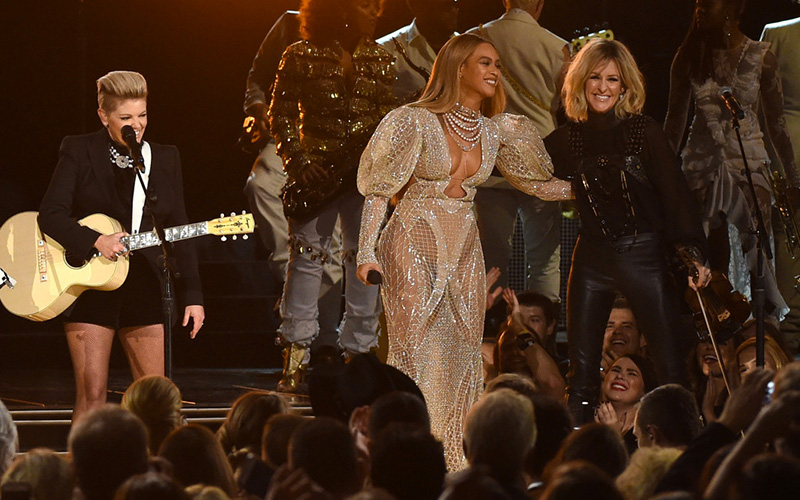 Hot on the heels of her “surprise” Country Music Awards (CMAs) performance of “Daddy Lessons” with the Dixie Chicks, Beyoncé decided to treat fans with the studio version of the song’s “remix” featuring Dixie Chicks singers Natalie Maines, Emily Robinson and Martie Maguire. The song was posted to Beyoncé’s official website as well as uploaded to Soundcloud, where you can not only stream it, but download it also. No official word on whether or not the “Daddy Lessons” remix featuring the Dixie Chicks will be released to radio as a single, though we wouldn’t be surprised if it were.

Also, be sure to listen to the end of the recording to catch some chit-chat between the collaborators.