GOSSIPONTHIS.COM TV “The Walking Dead” Power Rankings of Badass Characters Up to Season 7 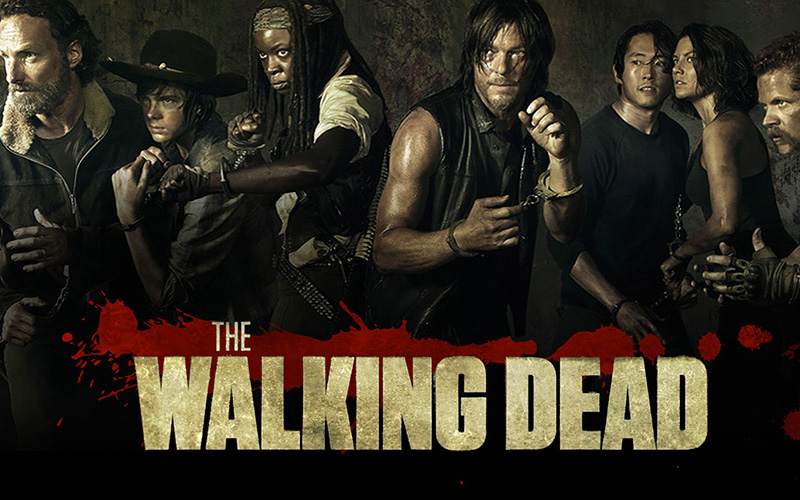 With season seven of the popular series underway, we here at Gossip On This decided it was high time to create our official power rankings of the most badass characters on the show.

Each character has earned their spot on this list in their own unique way, and while each may have their own reason for being here, they are all, without a doubt, a badass.

So without further ado, let’s start it off with number 10.

WARNING: SPOILERS AHEAD (OBVIOUSLY). IF YOU HAVEN’T CAUGHT UP TO THE LATEST SEASON OF WALKING DEAD, IT’S BEST YOU JUST EXIT THIS POST NOW. To kick off at number ten, we have Paul “Jesus” Monroe. Now we haven’t seen this character too terribly much yet, but from what bit we have seen, it’s clear — this guy’s a badass. He earns his way onto the list not for his brawn or amazing kills, but rather through the cleverness he uses to survive in the zombie wasteland.

He also managed to make both Daryl and Rick look like complete fools in perhaps the funniest moment of the entire series. So for that, Jesus deserves a spot here. Morgan Jones earned his spot for the way he’s bounced back following the death of his family. And not just because he decided to go on a one-man zombie killing spree in a fortress of death. Rather, his badass card was earned when he picked up the bow staff.

Here’s a guy who somehow manages to stay alive in the apocalyptic wasteland while fending off zombies and other people with nothing more than a stick. It’s this unique tactic, and the ability to maintain a sense of righteousness during all that is going on, that earns him the number 9 spot. Philip Blake (aka The Governor) is an obvious addition due to his being the first major villain the group was forced to face. A natural leader, he was able to build a town and earn the following of a large number of people despite being bat shit crazy (remember the zombie daughter?).

His relentless killing of both people and zombies proves he was adept at surviving in this world, but he only earns the number eight spot because despite having such a large group and a f***ing tank, he still was bested by Rick and the group. Glenn, you will be sorely missed. This badass may be gone now, but not before proving that a young pizza boy could survive better than most in a zombie infested world. Always being the one to do the risky jobs, his uncanny ability to find a way to survive earned him a spot on this list.

And once he fell in love with Maggie and had something to really live for, the badassery got cranked up a notch. He’s relegated to number seven simply because it’s tough to know if he’s badass or just lucky. I’m looking at you, dumpster scene. Anyone who cuts off his own hand, manages to escape the zombie-filled Atlanta, and then attach a makeshift knife hand onto his stub is clearly a badass. And that’s exactly what old Merle did. His lack of fear facing the dangers of the new world also shows that this dude can handle his own and he is not a person to be messed with.

Plus, he consistently had the best insults on the entire series, and that’s worthwhile in its own right. Carol could be on this list simply for the transformation she has made since we first met her in Season 1. Starting off as a reserved, beaten housewife, she has blossomed into a stone cold killing machine. She is ruthless in her actions as well, going as far as killing and burning members of her own group to try and protect the rest of the pack.

And without her and her terminator-esque attack on Terminus, the entire group would have been eaten by cannibals and the series would have ended. And for that, she earns the number five spot. Of course Rick Grimes, the fearless leader of the group, has to be on this list. He comes in at number four for a number of reasons. He’s seen his wife die, his son get his eye shot out, and killed his best friend, all while doing everything in his power to keep the group alive. He’s more than capable of doing just that, though, easily killing both zombies and people when needed to ensure their survival.

He’s docked points for always finding a way to get the group into trouble, though, and also for going somewhat insane following Lori’s death. Despite that, you know damn well if you were in the zombie apocalypse, you’d want Rick Grimes on your side. Daryl Dixon may be everyone’s favorite badass on the show, but he only comes in at the No. 3 spot here. For sure, the group would not be there without him. His hunting and tracking abilities have proven invaluable over the course of the series, and he’s never had a problem holding his own. His lone wolf mentality just enhances his badassed-ness as this guy can venture off on his own and you’re never really worried about him.

He takes being a badass to another level though by being a character who isn’t even in the comic books. He’s such a badass, the creators made this character up and have kept him around for seven seasons. Michonne comes in at number two, and I think for obvious reasons. She walks around the zombie wasteland with nothing but a ninja sword and manages to make most of the men on the show look like helpless children. The woman can handle her own like no other. It’s not just her impressive killing skills that earn her this spot, though.

She also managed to use her wits to make a zombie camouflage system by chopping off the arms and jaws and putting them on leashes. I mean come on, the introduction to her character was probably the most badass one on the show. Or at least the second most badass introduction. Which brings us to our number one The Walking Dead badass character. Negan is, as of now, hands down the most badass character in this series. Sure, we may have only seen him for one episode so far, but it’s clear this guy should be the No. 1. Not only has he managed to amass an army that makes the Governor’s posse seem small, but his use of the barbed wire baseball Lucille is the icing on the cake.

What really puts him in the top spot, though, is the fact that in one episode, he managed to break Rick and gang and force them to understand that he is the boss. Every other badass on this list that was still alive was on their knees begging for mercy from Negan, and power like that earns him the number 1 spot.

And that’s it. The list will surely change as the series progresses. I mean, there’s a guy with a tiger coming later in the season, and that’s pretty badass. But for now, this is the official Gossip On This Power Rankings of TWD’s most badass characters. 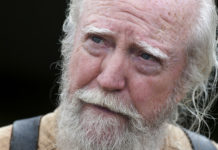 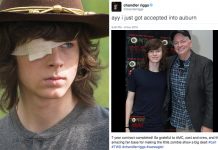 Is Carl Leaving “The Walking Dead” So Chandler Riggs Can Go to College? 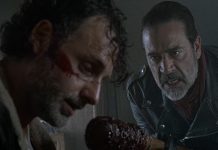