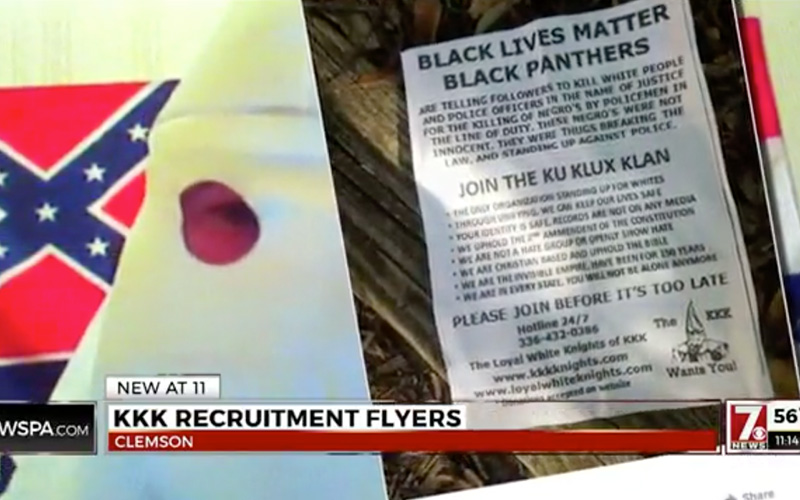 Last Friday, students at Clemson University in South Carolina were greeted with something they wouldn’t expect to find on their campus — recruitment flyers for the Ku Klux Klan. “It was very unsettling at first,” said Wanya Pridgen, a Clemson student and director of the university’s Council of Diversity Affairs.

The flyers were found on campus in clear Ziploc bags and were apparently distributed from a car. The local KKK also targeted other areas in Oconee County outside of Clemson. A member of the KKK, Rob Locklear (who is an exalted cyclops with the organization), said that they distribute the flyers where they know a lot of people are, hence why they left some on Clemson’s campus.

And in an great display of denial, he said that the KKK is not a hate group: “We’re simply hated because of what history has made us out to be.” Because yeah, how dare we judge an organization based off what it used to do?

The flyers come on the heels of two other racial incidents on campus, where students were called racial slurs.