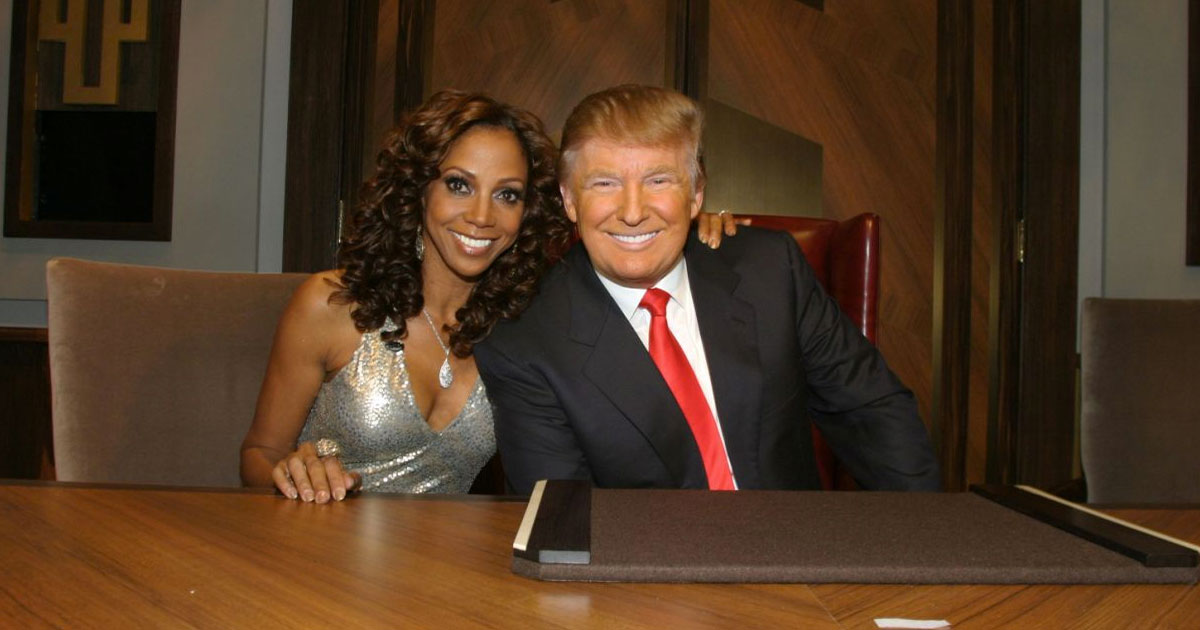 Holly Robinson Peete recently took a trip down memory lane and recalled a moment in which she claims President Donald Trump called her the n-word while on the set of his Celebrity Apprentice reality show.

Peete, who competed on The Celebrity Apprentice 3 (Season 9) in 2009, made the not-so-shocking claim during an interview on The Karen Hunter Show on SiriusXM.

She explained that she went on the show after being asked by producer Mark Burnett to help raise money for her charity.

Peete said prior to agreeing to appear on the show, she asked Burnett: “You’re not going to try to make me the new Omarosa, make me the mean Black lady or anything, are you?”

She stated that she found Trump “to be kind of piggish and bullish and stuff,” adding: “But I didn’t find him to be just this—who he is now, I did not see that. So, I think the combination of power and corruption and all that stuff just made him go to that next level.”

Peete, who lost to Bret Michaels, went on to say that while Trump was “kind of lovely” to her face, she’d heard that Trump was talking about her behind her back and even allegedly used a racial slur in reference to her.

“Shortly after the finale, rumors started going around that he had tossed out an ‘n-word’ referring to me,” she said.

“When the producer told me when it happened, during the finale, I remember the moment. I wasn’t in earshot, but I could see them deciding between me and Bret Michaels.”

Peete then recalled seeing Trump “talking with producers and they’re really animated and that was when I heard that he said, ‘They want the ‘n-word’ to win.’ Because I guess the network wanted me to win or me to be chosen and Trump wanted Bret.”

For what it’s worth, Holly never actually heard Trump call her the n-word … she said she got that info. from someone else, however, knowing the Donald, we honestly wouldn’t be surprised.

Rumors have swirled for a while that tapes exist of Trump saying the n-word during his 14-season run as host of The Apprentice, however, there’s no solid proof that those tapes actually exist.

For his part, Trump has denied making racist remarks and recently declared himself the “least racist person” during the 2020 presidential debates. But HRP says she’s not buying what Trump is selling when it comes to not being a racist.

“You know, how could anybody believe that he wouldn’t say something like that? I firmly believe he probably uses that language all the time,” she shared.

Peete said she chose not to address the rumors initially because she didn’t think her story would matter.