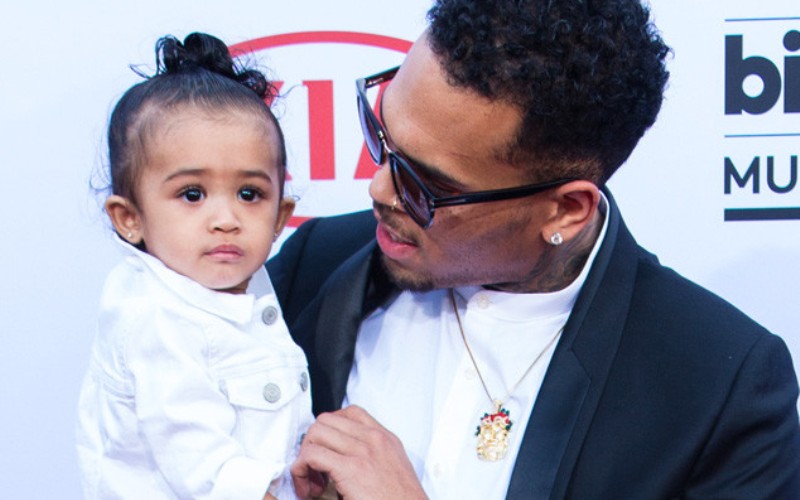 Chris Brown has not been known to make the best decisions over the past few years. His multiple run-ins with the law and bad boy antics caused a massive hit to his public image. However, one thing we can all say about the singer is that he adores his 2-year-old daughter and a judge has acknowledged this as well.

Brown and his baby mama Nia Guzman have been in a contentious custody battle over little Royalty. However, Brown just came out on top this time as a judge denied all of Guzman’s requests. She petitioned for full custody, monitored visitations with Brown, requested Brown take drug tests, and even wanted to prevent Brown’s mother from seeing royalty.

The judge sided with Brown on all counts an even terminated the court order mandating the singer pay Guzman’s $20,000 lawyer fees. She will, somehow, now have to foot the bill herself, while Brown received a credit.

Guzman also sought to increase child support from $2,500 to $16,000 a month. However, she took the request off the table before heading to court.

Brown has had a rough couple of months, with close sources worried he was slipping back into old, destructive habits. We hoped becoming a father and raising a daughter would help R&B’s favorite bad boy do just a little bit better.

Though it’s taken a while, it looks like Chris Brown is on his way to being the stand-up man many hoped he could be.