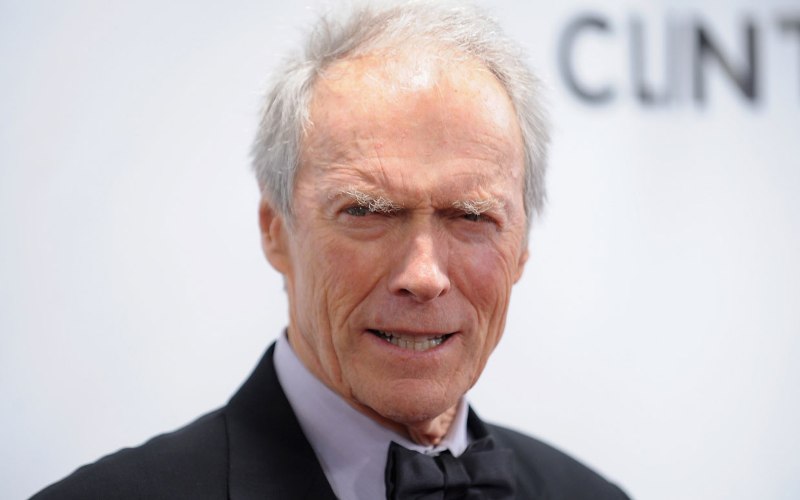 Another old white man is trying to tell minorities what is and what isn’t racist. Unfortunately, that “old white man” happens to be Hollywood icon Clint Eastwood.

The actor/director graces the cover of the September issue of Esquire with his son, Scott Eastwood. Clint is an outspoken conservative Republican in Hollywood and he did not hold back while discussing his thoughts on political correctness and Donald Trump. “[Donald Trump’s] onto something, because secretly everybody’s getting tired of political correctness, kissing up. That’s the kiss-ass generation we’re in right now. We’re really in a pussy generation. Everybody’s walking on eggshells. We see people accusing people of being racist and all kinds of stuff. When I grew up, those things weren’t called racist.”

Wow! I honestly can’t even deal with blatantly racist statements like this…

The idea of “political correctness” has more to do with being respectful towards people, rather than trying to censor one’s speech. People like Clint Eastwood, who is crazy and old and senile and talks to chairs, can’t possibly tell a specific group of people what they should and shouldn’t find offensive when they don’t even belong to said group.

It’s no wonder why he plans to vote for Trump in November. Although he hasn’t publicly endorsed the Republican nominee, Clint says he can’t vote for Hillary Clinton because he believes she will continue Barack Obama’s policies.

While he does concede that Trump has “said a lot of dumb things,” he was quick to point missteps by others in this election cycle as well.

“So have all of them. Both sides. But everybody — the press and everybody’s going, ‘Oh, well, that’s racist,’ and they’re making a big hoodoo out of it. Just f**king get over it. It’s a sad time in history.”

You know what? You’re absolutely right, Mr. Crazy Old Man Who Holds Actual Conversations With Chairs. It is a very sad time in history. It’s sad that people like you think they should be able to spout racist remarks and condone racist actions without any consequence or critique. And because of this, I, and those who condemn racism, will not “just get over it.”