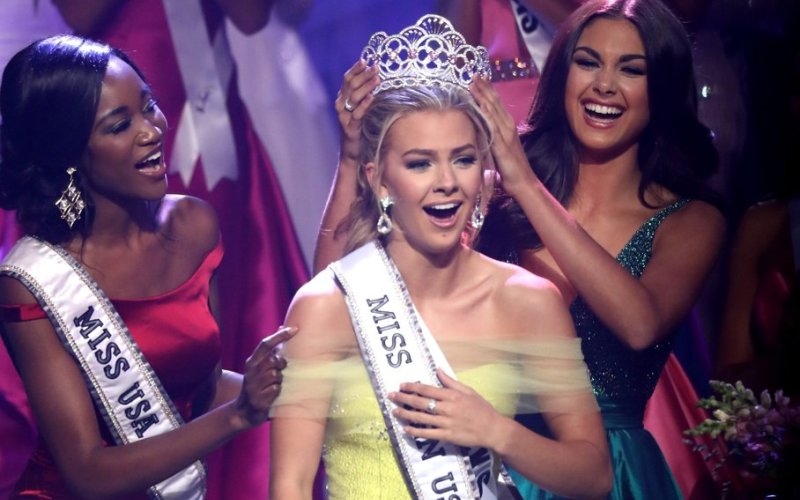 Miss Teen USA apparently thinks it’s OK to be racist. The pageant organization will not take away the crown from 2016 winner Karlie Hay after it was revealed she used the N-word several times on social media.

Hay, 18, was crowned Miss Teen USA on Saturday (Jul. 30). Mere hours after she took home the title, social media uncovered the Texas teen used the racial slur several times in 2013 and 2014 on Twitter.

Twitter obviously dragged Hay for her statements and called for her crown and titled to be revoked. However, the Miss Universe Organization, which oversees Miss Teen USA, is standing firmly behind its teenage racist.

“The language Karlie Hay used is unacceptable at any age and in no way reflects the values of the Miss Universe Organization. As Karlie stated, she was in a different place in her life and made a serious mistake she regrets and for which she sincerely apologizes. Karlie learned many lessons through those personal struggles that reshaped her life and values. We as an organization are committed to supporting her continued growth.”

The statement references the apology Hay released after her penchant for racial epithets was exposed. “I admit that I have used language publicly in the past which I am not proud of and that there is no excuse for,” she writes. Hay also blames her use of the N-word on “personal struggles” she battled during that time period and says she has become a better person due to “hard work” and “education.”

Several years ago, I had many personal struggles and found myself in a place that is not representative of who I am as a person. I admit that I have used language publicly in the past which I am not proud of and that there is no excuse for. Through hard work, education and thanks in large part to the sisterhood that I have come to know through pageants, I am proud to say that I am today a better person. I am honored to hold this title and I will use this platform to promote the values of The Miss Universe Organization, and my own, that recognize the confidence, beauty and perseverance of all women.

Substance abuse family members have dealt with may have contributed to the “personal struggles” Hay alludes to in her statement. However, this does not excuse nor justify her online behavior. Sure, teens may act out due to family troubles, but it doesn’t turn you into a racist. I also find it interesting that she only apologizes for using the N-word publicly. If she used it online, you can almost guarantee she’s also used it behind closed doors.

Miss Teen USA had the opportunity to stand up against racist behavior and it failed. The 2016 contest also faced criticism because the top five finalists were all white, blue-eyed, and blonde-haired. I guess we shouldn’t expect the organization to give a damn about racism and diversity.