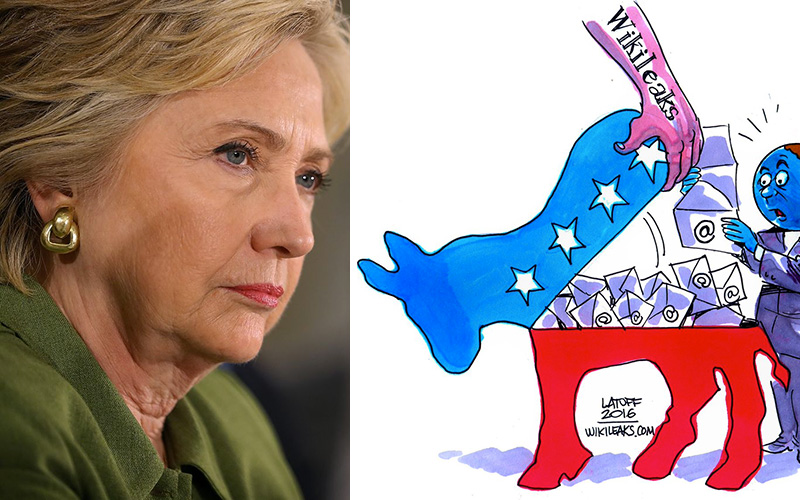 Over the weekend, Wikileaks dropped over 20,000 emails stolen from key members of the Democratic National Committee, and as journalists and regular Joes scour the slew of information, the news coming out is not looking good for the DNC.

From highlighting ways to undermine Bernie Sanders’ campaign to conspiring to create false information on Trump and killing a horse for insurance money, the evidence of foul-play and less than savory practices is damning.

An email chain discussing the vetting process of a Clinton donor says, “George Lindemann Jr. was a highly-ranked rider, Olympic hopeful, and heir to an $800 million fortune. In 1990 he hired Tommy ‘The Sandman’ Burns to electrocute his horse, Charisma, in order to collect on a $250,000 insurance policy.”

First, why the hell does that guy need to kill his horse for $250K? You’re almost a billionaire, dude. Chill. Also, why does his horse have a stripper’s name?

But more nefarious emails have also surfaced, particularly those that show how the DNC actively tried to dissuade voters from supporting Sanders. One such instance shows how the CFO of the DNC, Brad Marshall, thought about using Sanders’ faith against him:

“It may make no difference but for KY and WA can we get someone to ask his belief? He had skated on having a Jewish heritage. I read he is an atheist. This could make several points difference with my peeps. My South Baptist peeps would draw a big difference between a Jew and an atheist.”

Another comes from DNC national secretary Mark Paustenback who wrote:

“Wondering if there’s a good Bernie narrative for a story which is that Bernie never ever had his act together, that his campaign was a mess. It’s not a DNC conspiracy it’s because they never had their act together.”

Anytime you have to say it’s not a conspiracy usually means it’s a conspiracy. The evidence of collusion is rampant with this release and highlights just how troublesome this election (and likely many before) has been.

You can find and search through all of the emails here.

The kickback from this release has been so swift and strong that it has forced the DNC head, Debbie Wasserman Schultz, to resign. When hearing the news, Sanders issued a statement saying, “the party leadership must also always remain impartial in the presidential nominating process, something which did not occur in the 2016 race.”

Anytime an email leak of this magnitude happens, you know someone is going to end up looking bad. Had the Russians gone after the Republican National Committee, I’m sure there’d be just as many unsavory revelations as we have here.

But unfortunately for Wasserman Schultz and the rest of the DNC, it wasn’t the RNC, and now all eyes are on them. And it appears that this fiasco isn’t over just yet. Julian Assange, the man who runs Wikileaks, has said that he plans on releasing more emails indicting both Clinton and DNC.

The possibility that this will have any effect on Clinton officially becoming the Democratic presidential candidate this week is slim to none, but it certainly doesn’t help boost the confidence of undecided voters looking for any reason not to vote for Trump. 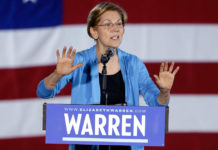