GOSSIPONTHIS.COM News House Democrats Propose Bill That Will Give Americans $2,000 Per Month During... 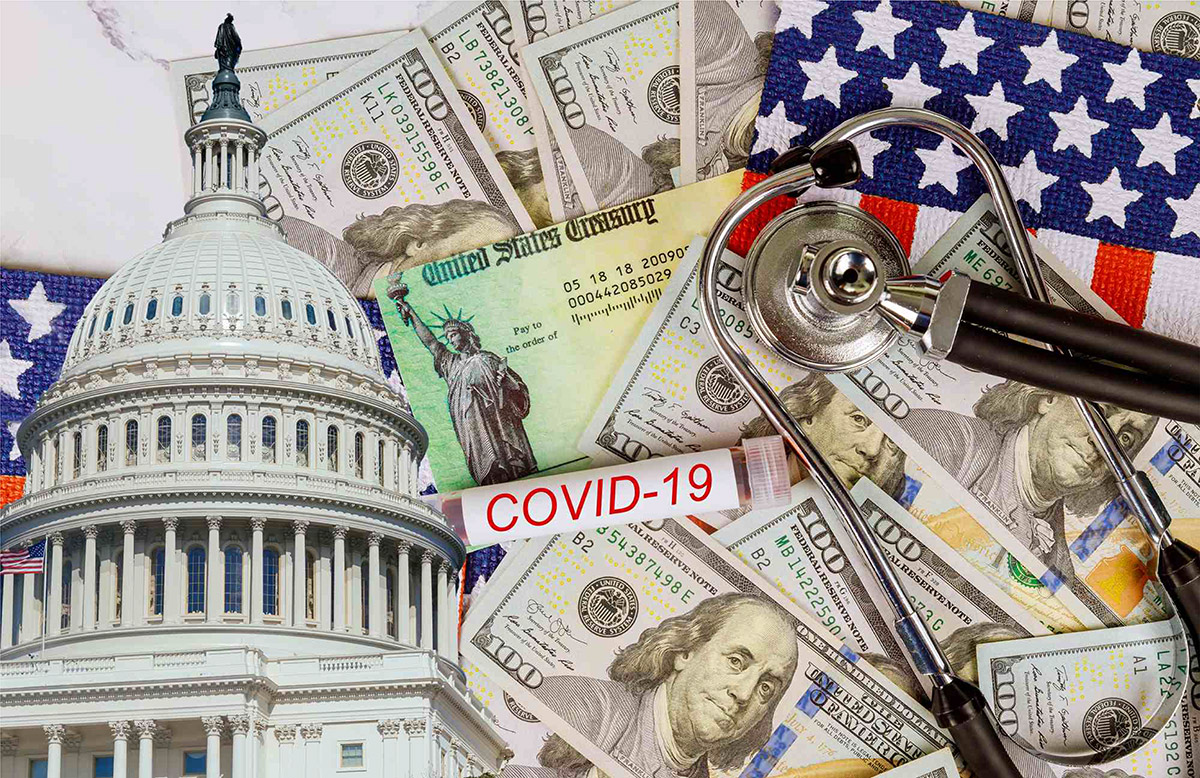 As United States citizens continue to deal with the devastating impacts to jobs and the economy amid the global coronavirus pandemic, a pair of House Democrats are proposing a bill that will put money in the pockets of Americans on a monthly basis.

The proposed legislation, which is called the Emergency Money for the People Act, would make sure Americans receive $2,000 per month until employment is returned to normal, pre-pandemic levels.

On Wednesday (Apr. 15), 80 million Americans were expected to receive their one-time $1,200 stimulus checks … however, Democratic Representatives Tim Ryan of Ohio and Ro Khanna of California say that’s not enough.

“A one-time, twelve hundred dollar check isn’t going to cut it,” Rep. Khanna said in a statement. “Americans need sustained cash infusions for the duration of this crisis in order to come out on the other side alive, healthy, and ready to get back to work.”

Khanna continued: “Members on both sides of the aisle are finally coming together around the idea of sending money out to people. Rep. Ryan and I are urging leadership to include this bill in the fourth COVID relief package to truly support the American working class.”

A one-time check isn't enough when millions of Americans can't pay their rent, mortgages, utility bills, and are forced to choose between their health and their paychecks.

Our next stimulus package must be bold in supporting ordinary Americans. pic.twitter.com/s9Hih2ql7P

“The economic impact of this virus is unprecedented for our country. As millions of Americans file for unemployment week over week, we have to work quickly to patch the dam — and that means putting cash in the hands of hard-working families,” Rep. Ryan added in a statement.

If approved, the Emergency Money for the People Act would provide monthly cash payments for at least six months and would be renewed for another six months if employment levels fail to return to the normal pre-coronavirus levels, which could take months or even years.

All eligible Americans aged 16 years and older who earn less than $130,000 per year would be eligible to receive the stimulus checks.

Those without earnings and the unemployed would also be eligible for the monthly stimulus payments.

This new bill would also include other groups who were ineligible for the CARES (Coronavirus Aid, Relief and Economic Securities Act) stimulus checks, including college students and adults with disabilities, even if they’re listed as dependents.

Per the press release, the legislation also “recognizes that not everyone has a bank or a home address to receive a check—so it allows individuals to get this money through direct deposit, check, pre-paid debit card, or mobile money platforms such as Venmo, Zelle, or PayPal.”

In addition to Reps. Ryan and Khanna, the Emergency Money for the People Act also has 17 co-sponsors listed on the press release, so it does have some support.

However, the bill will have to be approved by Congress and the Administration before it can become law, and even if it does pass, there could be significant amendments.