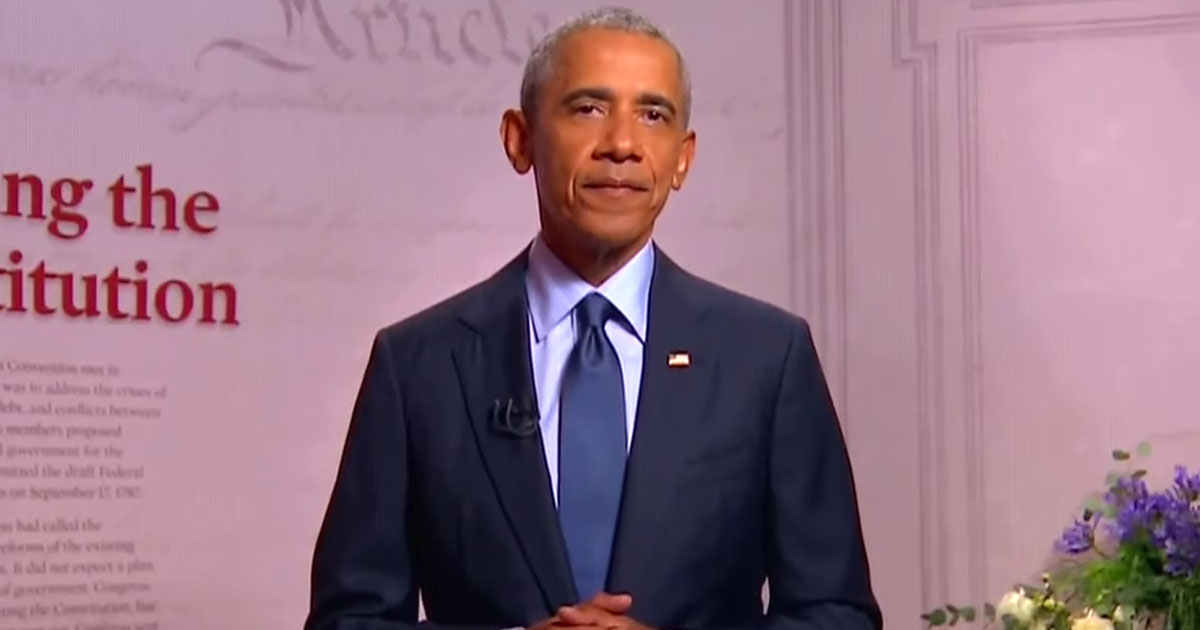 Former President Barack Obama addressed Democrats Wednesday night (Aug. 19) during the third night of the Democratic National Convention, and he did NOT hold back on his criticisms of sitting President Donald Trump while endorsing his own former Vice President, Joe Biden, as President of the United States.

While making the case for the Biden-Kamala Harris ticket, Obama claimed the current POTUS has shown zero interest in taking his role as the leader of the free world seriously, which has consequently hurt many American lives.

He called out the nation’s coronavirus death toll (over 173K and counting, as of now) as one of the biggest indicators of Trump’s failure to lead, and noted that Trump “hasn’t grown into the job” of running a country “because he can’t,” claiming that his presidency is just “one more reality show that he can use to get the attention he craves.”

“I did hope, for the sake of our country, that Donald Trump might show some interest in taking the job seriously … but he never did,” former President Barack Obama says at the #DemConvention.

“Donald Trump hasn’t grown into the job because he can’t.” https://t.co/PmLhIQY3in pic.twitter.com/JfJbJNU58d

“I have sat in the Oval Office with both of the men who are running for president,” Obama noted. “I never expected that my successor would embrace my vision or continue my policies. I did hope, for the sake of our country, that Donald Trump might show some interest in taking the job seriously; that he might come to feel the weight of the office and discover some reverence for the democracy that had been placed in his care. But he never did.

“For close to four years now, he’s shown no interest in putting in the work; no interest in finding common ground; no interest in using the awesome power of his office to help anyone but himself and his friends; no interest in treating the presidency as anything but one more reality show that he can use to get the attention he craves.”

Obama continued: “Donald Trump hasn’t grown into the job because he can’t. And the consequences of that failure are severe. 170,000 Americans dead. Millions of jobs gone while those at the top take in more than ever. Our worst impulses unleashed, our proud reputation around the world badly diminished, and our democratic institutions threatened like never before.

The 44th U.S. President also acknowledged that the nation was in the middle of polarizing times, as the majority of voters have already decided which candidate they will vote for in November.

But for those who are still undecided, Obama urged them to consider his former vice president, Biden, stating he has both the character and experience to improve life for American citizens.

“Twelve years ago, when I began my search for a vice president, I didn’t know I’d end up finding a brother,” he said. “Joe and I came from different places and different generations. But what I quickly came to admire about him is his resilience, born of too much struggle; his empathy, born of too much grief. Joe’s a man who learned early on to treat every person he meets with respect and dignity, living by the words his parents taught him. ‘No one’s better than you, but you’re better than nobody.’

“… Tonight, I am asking you to believe in Joe and Kamala’s ability to lead this country out of dark times and build it back better. But here’s the thing: No single American can fix this country alone. Democracy was never meant to be transactional—you give me your vote; I make everything better. So I am also asking you to believe in your own ability—to embrace your own responsibility as citizens—to make sure that the basic tenets of our democracy endure. Because that’s what at stake right now. Our democracy.”