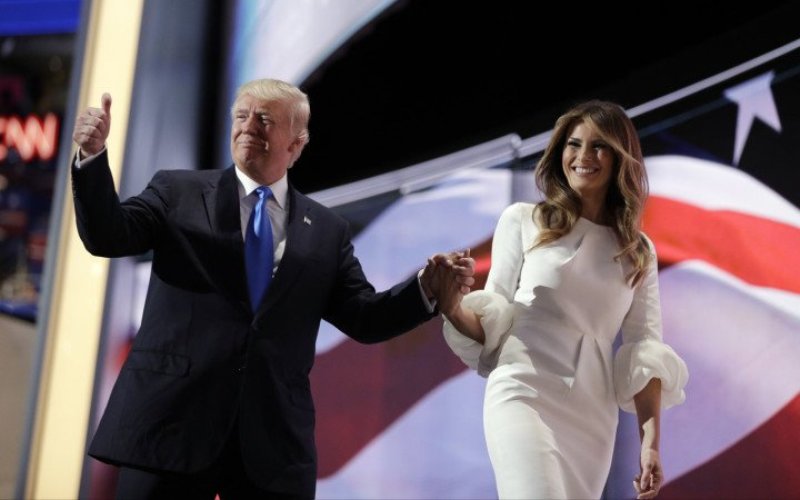 The circus that is the Republican National Convention becomes more ridiculous with each passing day. While Melania Trump’s plagiarized speech has dominated the conversation, some have overlooked the legal ramifications it may have.

Staff writer, Meredith McIver released a statement Jul. 20 and has taken responsibility for the plagiarized speech Melania gave during opening night of the convention. She assisted Melania in writing the speech and was inspired by Melania’s admiration of First Lady Michelle Obama. McIver offered her resignation due to her glaring blunder and Donald Trump rejected it. But here’s where everything gets more complicated. McIver works for the Trump Organization, not the Trump Campaign, and her statement was released on Trump Organization stationary. Donald’s company cannot provide any support for his presidential campaign. That would be an “illegal” corporate contribution says Lawrence Noble, general counsel at the Campaign Legal Center.

“Nowhere in here does [McIver] say she was working at the Trump campaign. Then she talks about resigning, the implication is resigning from the company. Why would she be doing that if she was working for the campaign? This raises a lot of questions,” Noble adds.

This would remain an ethics issue is McIver was a volunteer for the campaign while being employed by The Trump Organization. Noble says the legal lines wouldn’t be so “blurry” if she had just used a Trump Campaign letterhead for her statement. But that’s not the case. McIver was a paid Trump Organization employee who helped write one of the most important speeches presented at the 2016 RNC.

Donald Trump is clearly over his head in this newfound political arena. His entire campaign is likely to implode from within thanks to this type of legal and ethical violations. God help us all if this man is somehow actually elected.