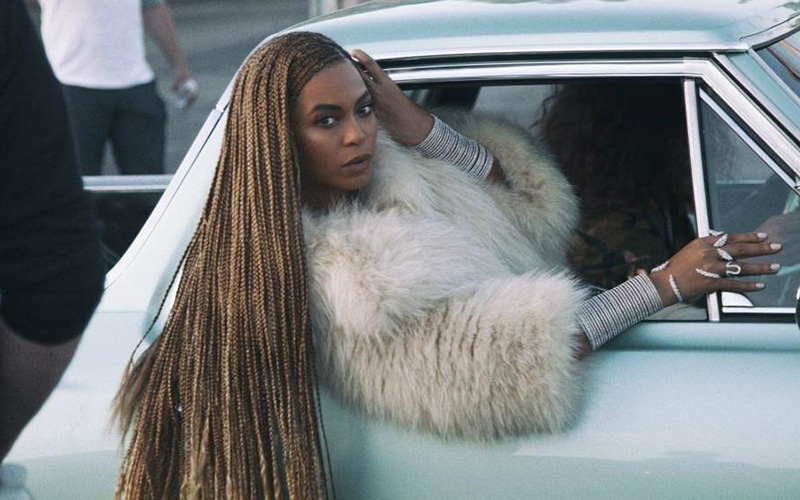 Who run the world? Beyoncé run this mutha. The singer may soon have an Emmy Award to add to her already impressive cache of hardware.

Lemonade premiered on HBO on April 23 (just prior to the LP release). She generated a ton of buzz with the teaser trailer.

The competition is stiff in this category. The other nominees include Adele Live In New York City, Amy Schumer: Live At The Apollo, 58th Grammy Awards, The Kennedy Center Honors, and Grease: Live in that category. Both Beyoncé and Adele are one step closer to becoming EGOT winners — an Emmy, Grammy, Oscar and Tony.

Beyoncé’s visual album Lemonade debuted at No. 1 on the Billboard Hot 100, scoring Beyoncé her sixth consecutive No. 1 and making her the first woman to get 12 tracks on the chart. It’s since sold over 1.2 million copies in the U.S.