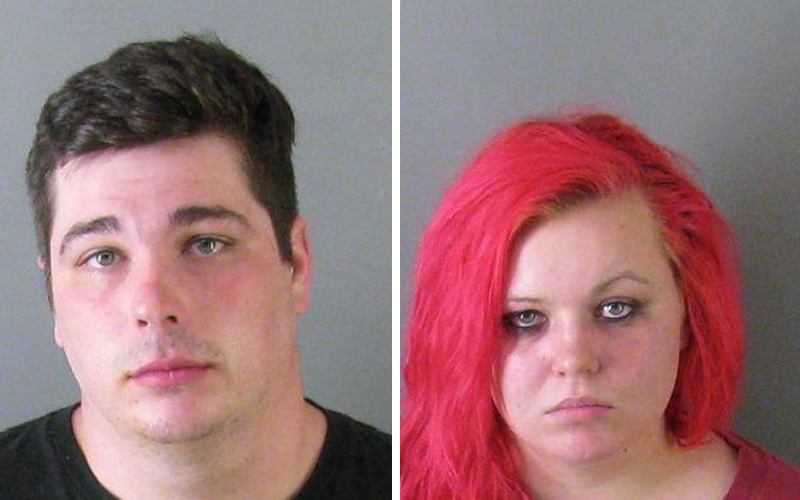 We all remember Pizza Rolls, right? You know those delicious balls of liquid hot magma that served as the perfect after school treat. Remember the commercials?

(Sidebar: you know that kid’s mouth got burnt the f**k up. Dude didn’t taste anything for a week.)

Well, as it turns out, these incredibly un-nutritious treats are for more than just eating. Meet Brad Beard, 24, and Samantha Canipe, 21, who were arrested early Monday morning (Jul 4) on misdemeanor simple assault charges after Gastonia, North Carolina police responded to a domestic dispute call.

When officers arrived on the scene around 1:30 a.m., they didn’t find the typical household abuse going on. Instead, they discovered the young couple had “assaulted each other by throwing pizza roles [sic] at each other.” That’s right, a full-blown pizza roll melee.

Go ahead and read that again. I’ll give you a minute. That’s right, these grown-ass adults were hurling tiny little pizza bites at each other in a fit of rage.

If you think you’ve got relationship problems, just step back and ask yourself one simple question: have you ever tried to inflict pain on your significant other with pizza rolls? If the answer is yes, get out of that relationship. If not, hey, you’re doing alright.

I for one would say they were lucky to get off with a misdemeanor. Those things could be classified as deadly weapons, especially if they are fresh out of the microwave. Imagine one of those hitting you in the face, exploding on impact: you’ve got third degree burns and are scarred for life. Let’s be honest, they’re basically tiny little pizza bombs.

The happy couple was let out on $2,500 bond, and I assume they went home to enjoy the rest of their Fourth of July and a nice dinner of pizza rolls upon their release. Or at least I hope so.

According to the Gaston Gazette, if convicted, Beard faces a maximum punishment of 60 days of either jail time or community service (whatever the judge decides), while Canipe faces only 30 days.

So what’s the lesson to be learned from this eloquent couple? Leave the pizza rolls for the big game.