GOSSIPONTHIS.COM News #RIPAmy: Delaware Teen Dies After She Was Jumped by Gang of Girls... 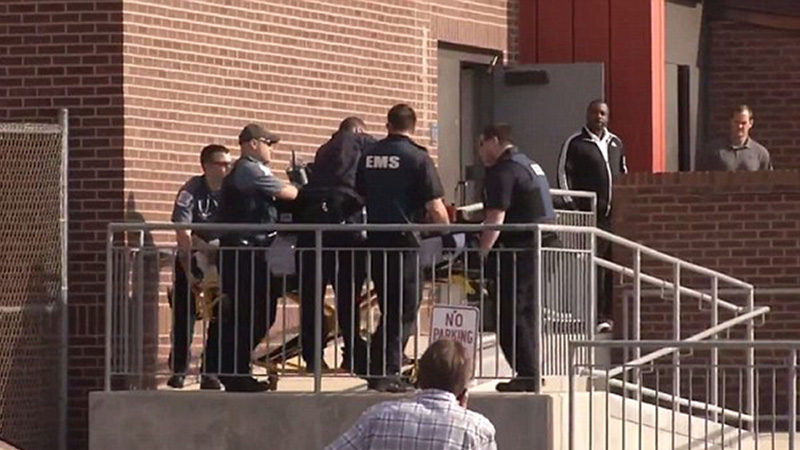 The hashtag “#RIPAmy” is trending on Twitter today following the death of a 16-year-old girl from Delaware who was attacked by a gang of other girls in a high school bathroom.

According to school officials, a fight broke out Thursday morning (Apr 21) right before classes began at Howard High School of Technology, a vocational school located in Wilmington, Delaware.

Students who witnessed the deadly brawl said the victim, whose name has not been officially released (though it is believed to be “Amy,” hence the #RIP Amy hashtag), had gotten into a fight with another girl in the bathroom over a boy when she was suddenly jumped by a group of other girls.

Witness tells me the Howard HS sophomore was fighting another girl in bathroom when she got jumped. pic.twitter.com/R2MNkYYjuz

At some point during the fracas, the sophomore’s head hit a sink, Kayla Wilson, who said she was in a stall when the fight broke out, told Delaware’s WPVI.

Investigators haven’t confirmed Wilson’s story, though they did say the victim and at least two others were involved in the altercation.

The student was reportedly unconscious when paramedics arrived and they tried to resuscitate her before airlifting her to a nearby children’s hospital, where she was pronounced dead.

Police are waiting for the autopsy results to determine her exact cause of death. No charges have been announced, though several witnesses are cooperating with police. After the fight, the school was put on lockdown and students were dismissed for the day a couple of hours later.

“I’m so upset that the young lady lost her life today,” Wilmington Mayor Dennis Williams said, fighting back tears, at a news conference. “Things like this shouldn’t happen. My heart bleeds for the family, the kids that go to this school, administrators, and our city.”

Meanwhile, the #RIPAmy continues to trend on Twitter, even amid the sudden death of music legend Prince, noting the power of social media among today’s youth:

This 15 year old girl was beaten to death by a group of girls in their school bathroom over a boy ?? #RipAmy pic.twitter.com/XCW8rfni8H

Those who recorded the situation on their phones should be charged as well. They could've stopped a death. #RIPAmy pic.twitter.com/4rA5m43axO

A HS girl was beaten by 6 other girls over a damn boy. How dare yall take someone's daughter away over that. I hope they get charged #RIPAmy

wow just heard a story about a 16 year old girl who was beaten to death at school this morning. over a boy. wtf I'm sickened. so sad #RIPAmy

My prayers go out to the young girl who was beat to death by her highschool peers over a situation involving a boy…soo damn sadd ?#RIPAmy