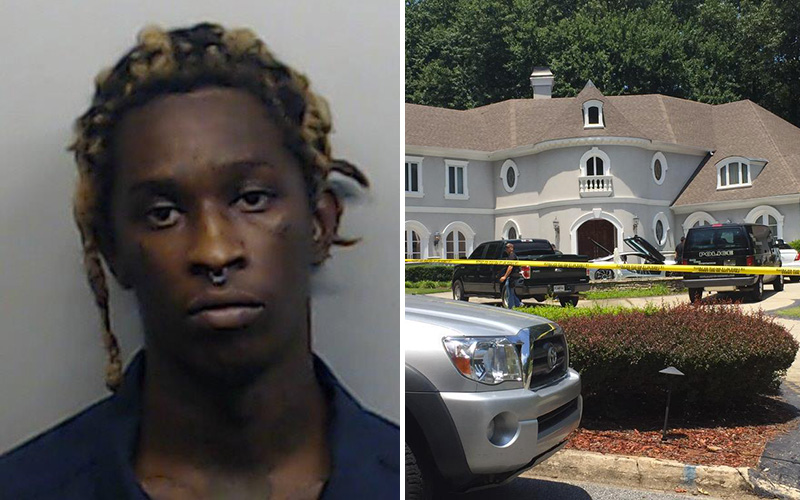 Things are getting even worse for rapper Young Thug.

After Thug being got himself arrested for terroristic threats last Wednesday (Jul. 15) for threatening to shoot a mall cop, cops raided his Sandy Springs, Georgia home and found a lot of drugs and guns.

In addition to the charge he earned for threatening a mall cop, the rapper is now facing drug and weapons charges, and he was transferred from the DeKalb County Jail to the Fulton County Jail to answer to those charges.

Police executed a search warrant on Wednesday at the mansion in Sandy Springs, outside Atlanta. TMZ has learned cops issued the following arrest warrants after the search:

Thug and his bae Birdman were also recently indicted in a conspiracy to kill Lil Wayne.

Back in April, Wayne’s tour bus was shot up in Atlanta while he and 12 other people were on board.

According to the indictment, Thug and Birdman allegedly set up the hit and were behind the whole thing.

Not a great week for Thugger Thugger we see.