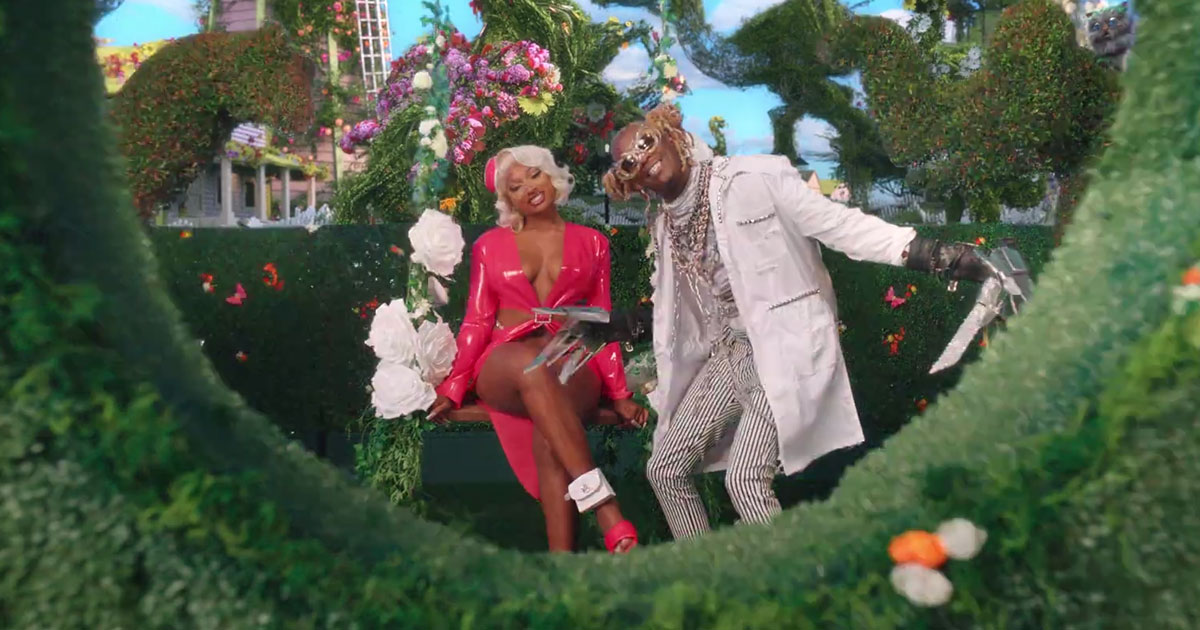 Fresh off the success of collaborating with Cardi B for “WAP,” Megan Thee Stallion has linked up with another chart-topping rapper … this time, it’s Young Thug!

Meg and Thugger have released the music video for their joint single “Don’t Stop” … and the colorful, eye-catching Colin Tilley-directed video perfectly blends together a number of “fantasy” film references, including Alice in Wonderland and Edward Scissorhands.

“Don’t Stop” is the first single Meg has released since she appeared as a feature on Cardi B’s “WAP” in August, which became Meg’s second No. 1 hit on the Billboard Hot 100. Her first No. 1 was the “Savage (Remix)” with Beyoncé, released back in the Spring.