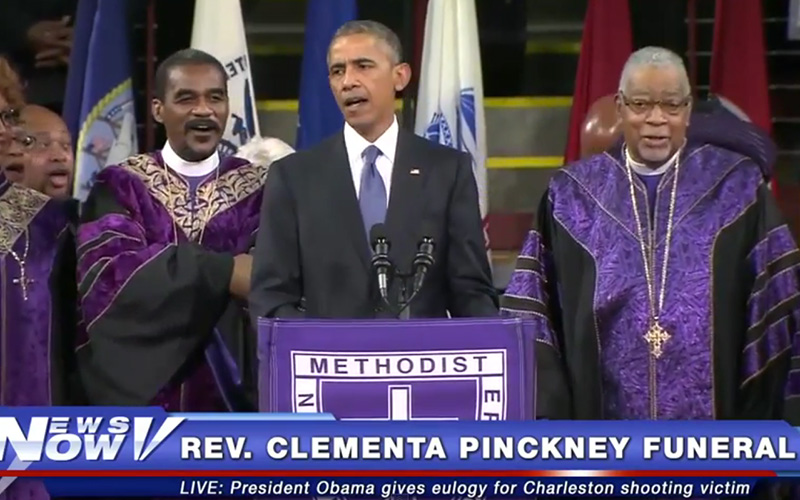 In a touching moment, as President Obama closed his eulogy for his late friend, Rev. Clementa Pinckney, who was gunned down last week by racist mass shooter Dylann Roof, he led the crowd at the funeral at Charleston’s TD Arena in song with “Amazing Grace.”

Before singing the popular hymn, Obama talked about the racist motivation behind the shooting, saying that it “raises questions about a dark past of our history.” He also said the Confederate flag was a “reminder of systemic oppression and racial subjugation.”

“It’s true, the flag did not cause these murders,” Obama said, but “we all have to acknowledge the flag has always represented more than just ancestral pride. For many, black and white, that flag was a reminder of systemic oppression and racial subjugation. We see that now.”

“By taking down that flag,” he said, “we express God’s grace.”