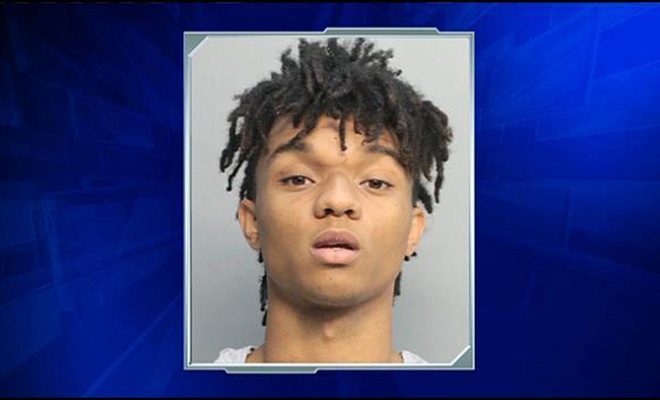 Rae Sremmurd‘s next song should be called “No DRIVE Zone” … because Swae Lee — a member of the rap duo that was discovered by producer Mike WiLL Made It and is signed to his “Ear Drummers” label, from which their name comes from (FYI: “Rae Sreummurd” is “Ear Drummers” spelled backwards. How cool?) — was arrested Sunday night for driving with a suspended license.

The 19-year-old rapper, whose real name is Kaleef Brown, was reportedly pulled over by Miami Beach Police last Sunday (Oct 5) and charged with knowingly driving with a suspended license. His bail was set at $1,000.

No word on when he was released, but we’re pretty sure he’s out by now with a measly $1K bail. That’s strip club money. The group (who are brothers, btw) has gained an enormous following ever since releasing their “No Flex Zone“ hit, which has received endorsements from Nicki Minaj and several other celebrities.

Hopefully this will be the last time we hear anything about the the rap bros getting in trouble.