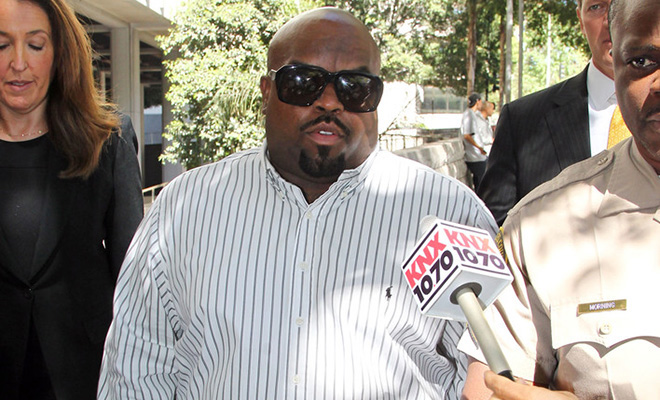 Cee-Lo Green copped a sweet plea deal in the case in which a woman accused him of slipping ecstasy in her drink while they were out on a date last year, allegedly leading her to wake up beside him the next morning with no recollection of what happened the night before.

Green pleaded no contest to sharing ecstasy, which will not only keep him out of jail, but also allow him to maintain his innocence.

According to previous reports, the woman claimed she and the singer were enjoying each other’s company at a sushi bar in downtown Los Angeles, and before she knew it, she was naked in his bed.

A lawyer for Green, however, told the L.A. Times that the two had “consensual relations,” and prosecutors said no charges were filed due to a lack of evidence.

The former “Voice” judge was sentenced to three years probation and 360 hours of community service for his felony charge of furnishing a controlled substance.

The Grammy winner, whose real name is Thomas DeCarlo Callaway, was also ordered to attend 52 substance abuse therapy sessions, register as a narcotics offender and pay restitution to the unidentified female victim.