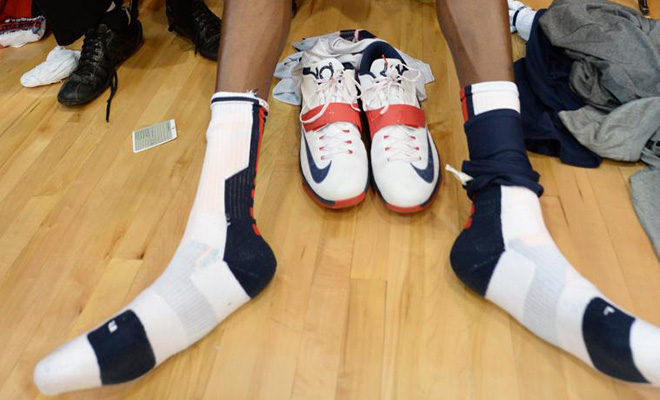 NBA star Kevin Durant is the subject of the Internet-famous “You Da Real MVP” meme, but right now, he’s going viral online for another reason.

An image taken of Durant’s feet and legs after a long day of USA Basketball practice — where some of NBA’s top players are preparing themselves for the FIBA World Cup — went viral this week after it was pointed out that the lower half of his body looked like hockey sticks. Kevin Durant is too damn skinny. His legs really do look like hockey sticks. pic.twitter.com/dgMV8cGlXE

Not sure if Kevin Durant legs or hockey sticks…. pic.twitter.com/X2DRRvuCMV