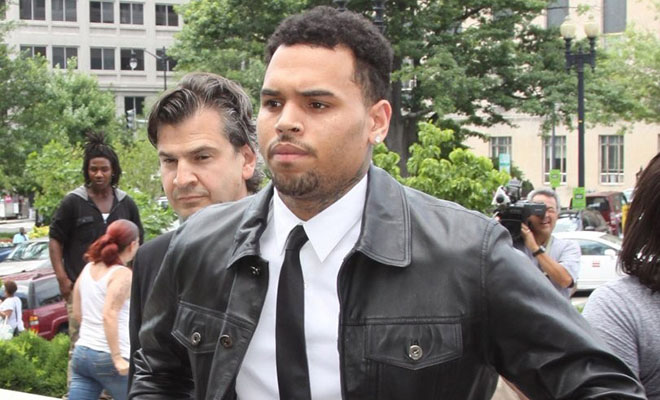 Chris Brown could still face time in jail after the R&B singer rejected a plea deal in his Washington, D.C. assault case.

According to reports, Brown was offered a deal to plead guilty to simple assault and time served in his D.C. assault case, but the singer’s lawyer Mark Geragos and the prosecutor weren’t able to agree on what happened outside the W hotel the night of the alleged assault.

Geragos said after the hearing, “They wanted him to read from a script that wasn’t true.”

Chris was arrested and charged with misdemeanor assault last October after he was accused of hitting a man who was trying to get in a photo with him.

Brown’s bodyguard Christopher Hollosy, who was also involved in the incident, has already been convicted of the assault.

If Brown had pleaded guilty to assault, he wouldn’t have to serve any additional jail time … but since he’s deciding to do otherwise, jail could still be a possibility.

His trial date is scheduled for September 8th, so he better keep his fingers crossed and enjoy the rest of the summer.