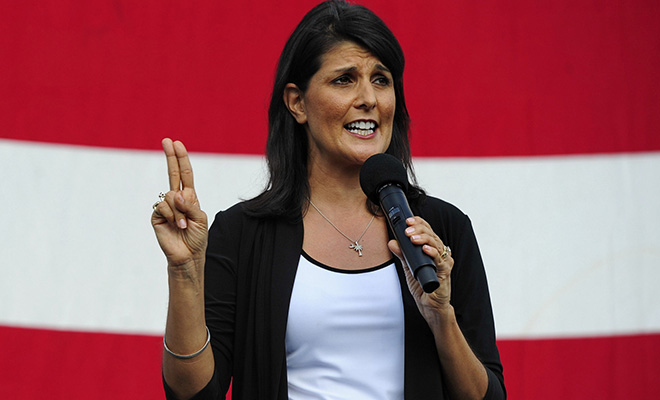 “South Carolina made history this year by passing education reform. We will no longer educate children…” read a shocking tweet from the state’s governor, Nikki Hailey (R).

Well, at least, that’s what most of her Twitter followers probably thought when they initially saw the message Tuesday afternoon (Jun 9).

You see, on most social sites, one is free to post however many words they please … but that isn’t the case on Twitter, where there is a strict 140 character limit.

Gov. Hailey was touting South Carolina’s passage of an education reform bill that will provide more funding to schools in poorer areas when she shared the following photo on Instagram, which was automatically blasted to her 81K+ Twitter followers.

Poor Nikki Hailey didn’t realize that once her lengthy Instagram caption ended up on Twitter it would be cut off at the worst possible point in the sentence.

South Carolina made history this year by passing education reform. We will no longer educate children based on where they are born. Through reading coaches, technology investments, and expanding charter schools we just confirmed that we want our children to be the future workforce for our growing high tech jobs! #ItIsAGreatDayInSC

The original tweet was eventually deleted and replaced with a more appropriate one that sent a better message: