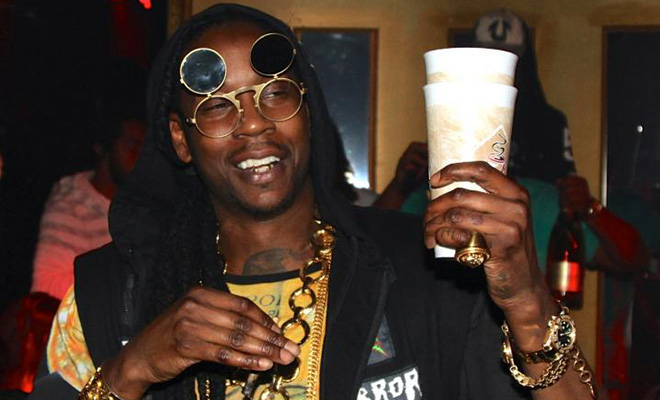 2 Chainz may want to leave the sizzurp alone from now on … because the “Feds Watching” rapper was charged with felony drug possession after being caught with promethazine/codeine syrup in his luggage at LAX back in June.

According to TMZ, Chainz was hit with one charge of codeine possession (the main ingredient found in “lean/sizzurp”), which is punishable by up to three years in prison. He’s scheduled to be arraigned next week.

The 36-year-old rapper (born: Tauheed Epps) was arrested in June 2013 for marijuana possession just as he was boarding a plane at LAX airport, and while he had less than an ounce of it, police also found a bottle of promethazine with codeine in his checked bag.

This isn’t 2 Chainz’s first airport arrest. In May 2012, Chainz was arrested at New York City’s LaGuardia Airport for having brass knuckles in his carry-on bag.

Maybe it’s time for someone to provide Uncle 2 Chainz with a list of things to not put in your bag when you’re flying commercial.