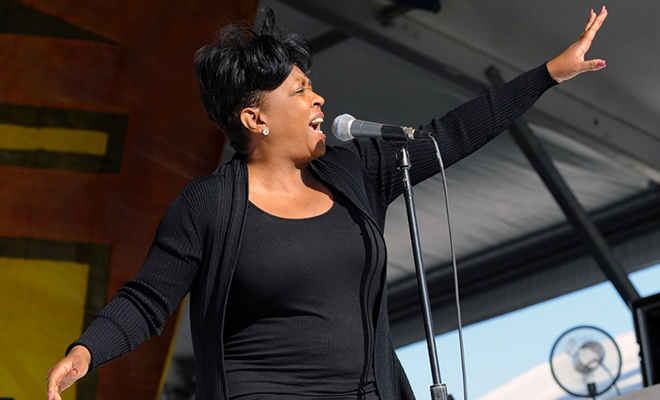 Say it aint so… Anita Baker is a wanted woman!

An arrest warrant for the Grammy Award-winning singer, known for her hits “Sweet Love” and “Giving You the Best That I Got,” was issued after she failed to show up for a court hearing in Detroit regarding her current legal battle with a paint and decorating company.

According to TMZ, Ray Smith Painting and Decorating has sued Baker on claims that she owes the company $15,000 for services they performed inside her massive home in Grosse Pointe, MI … and so far, she has yet to cough up the cash.

Anita’s people haven’t responded to any requests for comment, but hopefully all of this gets straightened out ASAP! We would hate to see a living legend locked up over some BS.

Besides, Anita Baker is too old to be on the run from the po-po!