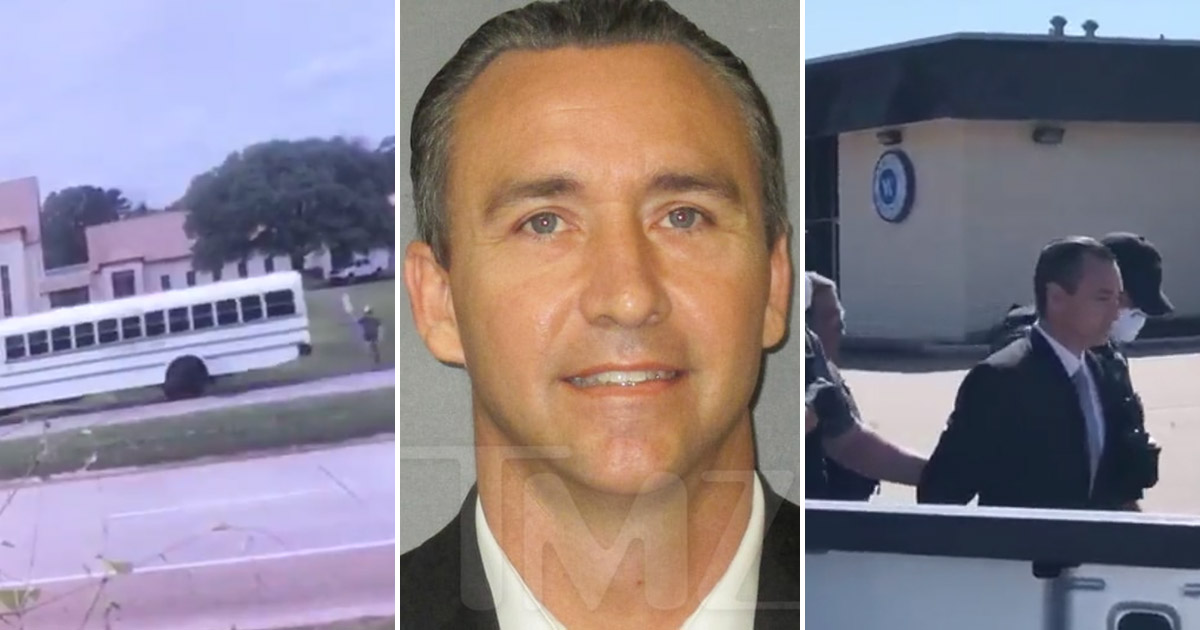 Controversial Louisiana pastor Tony Spell was arrested Tuesday on a warrant for aggravated assault with a deadly weapon after he was seen on video appearing to attempt to run over a protestor with a bus outside his church.

Pastor Spell—who heads Life Tabernacle Church in Central, Louisiana—turned himself in to police custody Tuesday morning (Apr. 21). The building is closed due to COVID-19, so the arrest was made in the parking lot, WAFB 9 News reported.

Central Police said Spell allegedly backed a church bus into the direction of a man protesting in front of his church on Sunday (Apr. 19), and the incident was captured in video footage from security cameras across the street.

“At first I thought he [Spell] was just turning around his bus and was going to pull away, but he just kept coming in reverse,” the protester, Trey Bennett, said.

Video of the incident shows the bus coming to a complete stop right before hitting the protester.

“I could see him [Spell] driving the bus. He was honking his horn loudly at me and making gestures suggesting he was yelling while he was driving. It didn’t seem real until it was physically in my face with a bus,” Bennett said.

Spell admitted to being behind the wheel of the bus, but he said he wasn’t trying to run the man over and simply wanted to talk to him.

“That man has been in front of my church driveway for three weeks now,” Spell told WAFB 9. “He shoots people obscene finger gestures and shouts vulgarities.

“I was pulling in from my bus route, picking up black children who haven’t eaten because of this sinister policy that has closed schools … I was going to approach this gentleman and ask him to leave.”

The protestor denied using profanity or showing obscene gestures and said he’s been peacefully protesting in front of the church since Easter Sunday.

“I haven’t done anything of the sort. I just stand there with a sign. I don’t say anything to anybody,” Bennett said, adding that he holds several different signs as he protests.

One of his signs reads: “CAUTION: Coronavirus incubator. Do not enter. You may die.”

Bennett said he just wants Pastor Spell to stop jeopardizing the health of the community by continuing to hold large church services.

“Just trying to raise awareness so that people will demand that this place [Life Tabernacle] gets closed down,” Bennett told WAFB.

Pastor Tony Spell has been in the news a lot over the past few weeks, thanks to him continuing to hold in-person church services in defiance of Louisiana Governor John Bel Edwards’ order issued in March that prohibits gatherings of more than 10 people during the coronavirus pandemic. 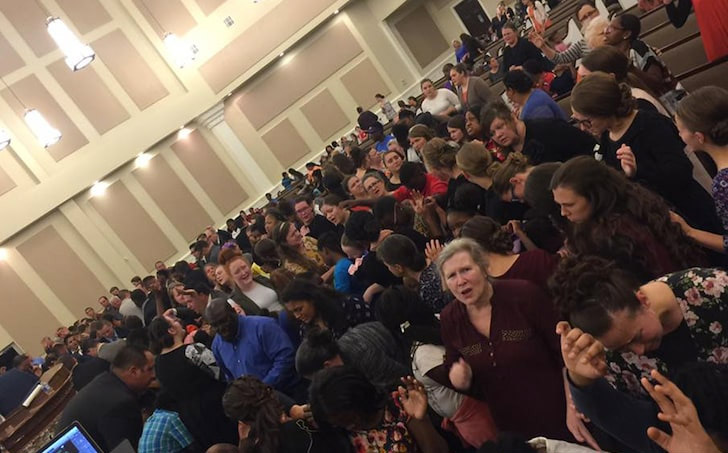 Pastor Spell even had a huge church service on Easter Sunday and one photo from the service (above)—which was reportedly attended by 1,300 people—shows members clearly not practicing basic social distancing. Parishioners were seen holding hands, standing shoulder-to-shoulder, etc.

An elderly member of Spell’s church has since died of coronavirus and his attorney also contracted the virus.